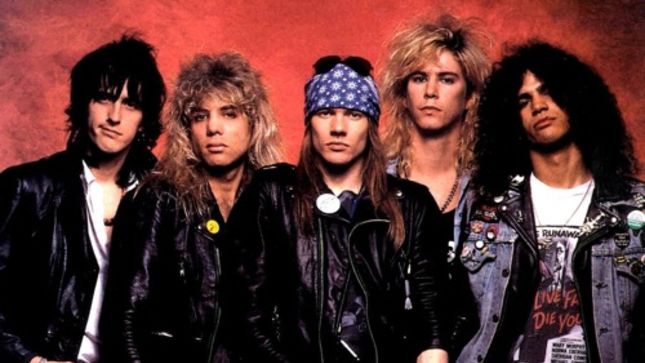 Former Guns N’ Roses guitarist Slash recently confirmed that he has reconnected with the band’s lead singer Axl Rose. Slash was making a special appearance on August 21 for a launch event for the Marshall London phone in Sweden and Aftonbladet TV commented that they heard him and Rose were friends again. Slash responded by saying, “"It was probably way overdue, you know. But it's…. you know, it's very cool at this point. You know, let some of that, sort of, negative… dispel some of that negative stuff that was going on for so long."

A first rumor has now popped up about a potential reunion show from James Young, the owner of Melbourne’s rock and roll Cherry Bar and it was revealed before Slash confirmed he had made up with Axl Rose.

Young told Triple M Radio: “I heard the most amazing rumor this week, from a very well informed heavy hitter in the Australian music industry, giving me the name of the headline act for Soundwave next year. Now we know that a mystery band has come in and saved the festival, and now owns it, so they are going to have a big say. So what mega band could it be? Well I have heard ‘fantasized’ on Wednesday night that it will be: Steven Adler, Izzy Stradlin, Duff McKagan, Slash and Axl Rose, the reformation of the original 1987 Appetite for Destruction Guns N’ Roses lineup, can you believe it? It’s incredible; I’ve had sleepless nights fantasizing about it.”