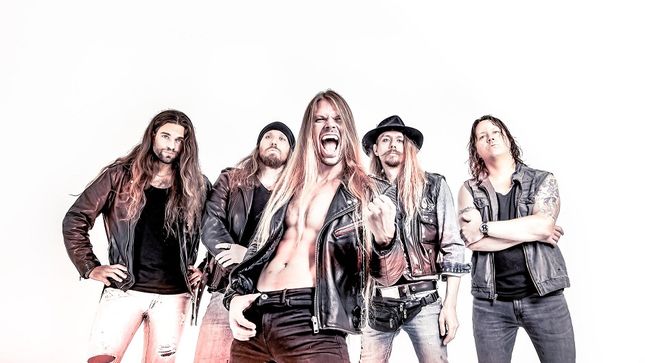 Swedish rock band H.E.A.T have announced that lead singer Erik Grönwall will be leaving the band, and that his replacement will be original H.E.A.T vocalist Kenny Leckremo.

The news comes after the success of the band’s sixth studio album H.E.A.T II which featured the singles – ”Dangerous Ground”, ”Rock Your Body”, ”Rise”, ”Come Clean” and ”One By One”.

The original founding members of H.E.A.T issued the following statement about Erik leaving the group to pursue other interests.

“First of all, we want to thank Erik for all the crazy fun and epic travels around the world the past 10 years. Together we made H.E.A.T what it is today. Secondly, we want to welcome back founding member and original vocalist Kenny Leckremo to the band. We’re looking forward to write the next chapter of H.E.A.T story together.”

“It’s like a shot at redemption,” adds Leckremo. ”I’m thrilled to be back, and to be a part of what H.E.A.T is today. No longer just a shadow of the past, but a force into the future. The H.E.A.T legacy continues.”

Says Grönwall about his departure: “H.E.A.T has really been a place for me to grow as an individual, singer and frontman. The guys recruited this young Swedish Idol guy and believed more in me and my potential than I did myself. I am forever grateful for that. Gentlemen it’s been a pleasure touring the world with you. I’ve learned a lot from you and you’ve made me stronger. I look forward to build more memories with you, just not collectively as H.E.A.T.”