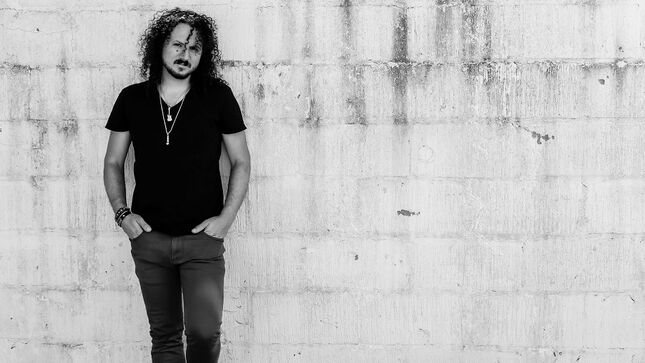 As lead vocalist and co-songwriter of successful modern progressive metal band Haken, Ross Jennings has been involved in some of the biggest releases in the prog metal world over the past decade.

Now, Jennings has written, recorded, and self-produced his debut solo effort, titled A Shadow Of My Future Self, which is set to be released on November 19 via Graphite Records.

A Shadow Of My Future Self finds Ross on a musical journey fans have not heard him explore professionally before, writing very personal songs in what can only be described as a love letter to Ross’s extensive record collection and eclectic musical upbringing that were the foundation to his musical inspiration. This album in question starts on the fringe of a country road, navigates indie pop, anthemic rock, power ballads, and culminates in some epic prog.

Ross has the following to say about the project: “Despite my history, I rarely regard myself as a metal singer, so I was in desperate need to scratch a long time itch and make a record that appeals to the broader spectrum of my musical palette. With A Shadow Of My Future Self, I unashamedly wear my influences on my sleeve but this is the kind of music I always imagined I’d be making before I took the path less traveled into prog metal… Needless to say, this is somewhat more accessible and radio-friendly stuff!”

Today, Ross unveils a new video for the single "Violet", which you can watch below.

“The lyrics of ‘Violet’ once again deal with navigating through the highs and lows of close, long-term relationships. For the video I reconnected with an old friend from my days in film school, ‘Ben Jones’ (aka Vidiotbrain) (https://www.instagram.com/vidiotbrain/). Among my vast notes for the video treatment, I showed him Peter Gabriel’s video for ’Sledgehammer’ and asked him to take the spirit of that and crank it up to 11…be careful what you wish for they say! I couldn’t be happier with the results.”  - Ross

You can also stream the track here. The album is available for pre-order here.

Ross Jennings is also announcing a series of acoustic shows taking place next month across the UK with a show also occurring in Israel.