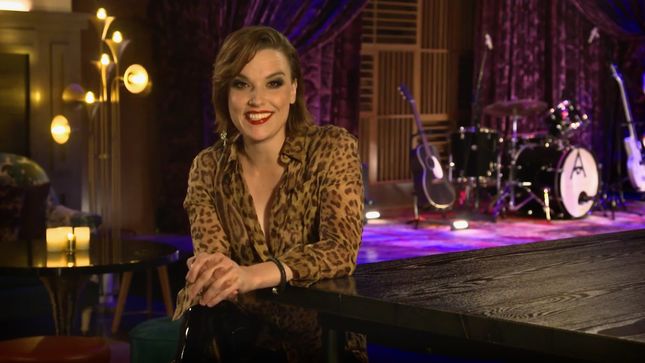 Desmond posted two black & white photographs of Lzzy Hale seated atop a piano which he is playing, along with the following statement: "HALE TO THE QUEEN OF ROCK! No not me… the gorgeous and brilliant #LzzyHale from the band Halestorm. Lzzy is not only an incredible #singer and #guitarist... she is an accomplished inspired #songwriter. We are coming up with some great music together. FUN!"

It's presently unclear if the song(s) resulting from this collaboration will appear on the next Halestorm album, expected later this year, a Lzzy Hale solo release, or something else entirely.