HALESTORM's LZZY HALE Discusses "Brightside" In New Track By Track - "Ironically, One Of The Darkest Songs On The Record" 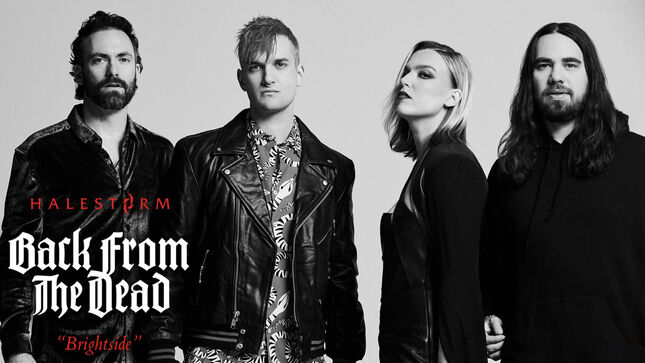 Halestorm recently released their fifth studio album, Back From The Dead. The album is available in multiple formats for fans to save and order, here. In the new clip below, singer Lzzy Hale discusses the song "Brightside":

Produced by Nick Raskulinecz (Foo Fighters, Mastodon, Alice in Chains) with co-production by Scott Stevens (Shinedown, Daughtry, New Years Day), Back From The Dead quickly evolved from songwriting exercises into a matter of survival for the band.

Lzzy Hale says, “We started writing this album about three months B.C. (Before COVID). Once we went into lockdown and were unable to perform and tour, I fell into a dark place and something of an identity crisis. This album is the story of me carving myself out of that abyss. It is a journey of navigating mental health, debauchery, survival, redemption, rediscovery, and still maintaining faith in humanity.” 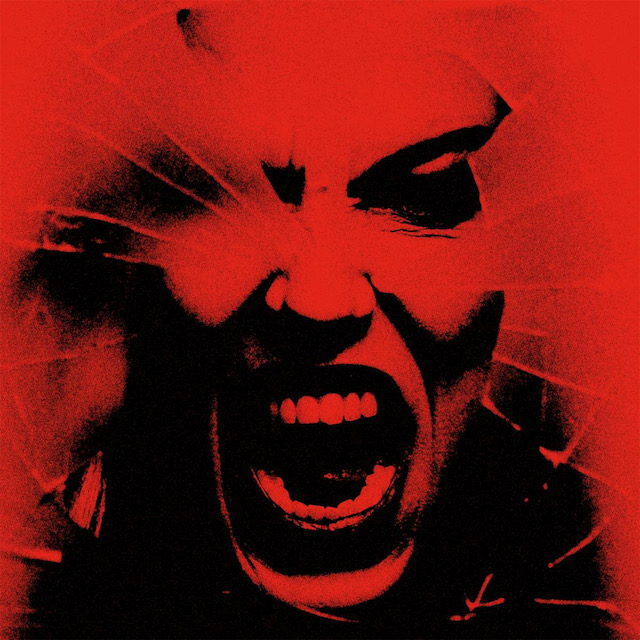 Back From The Dead tracklisting:

"Back From The Dead" video:

Produced by Live Nation, the 16-city tour kicks off on July 8 at Michigan Lottery Amphitheatre at Freedom Hill in Detroit making stops across the US in Boston, Charlotte, Phoenix and more before wrapping up in Portsmouth at Atlantic Union Bank Pavilion on August 12. 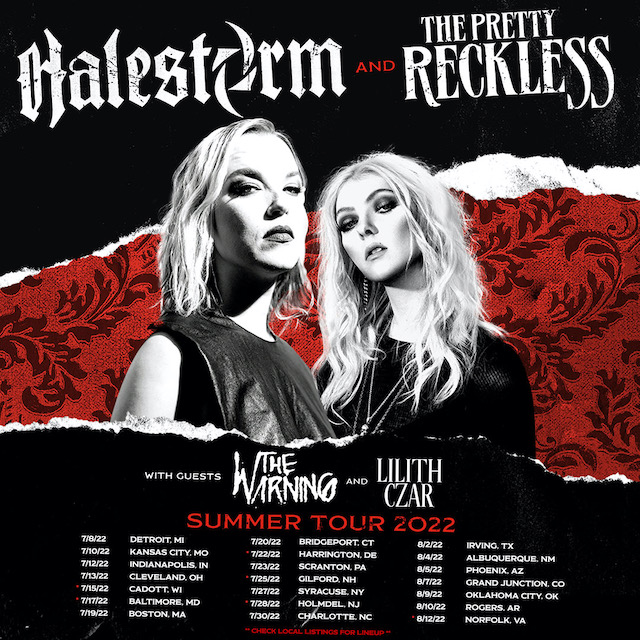 * Not A Live Nation Date
+ Check local listings for lineup

Halestorm will be special guests on Alter Bridge's extensive European tour this winter. The Pawns & Kings tour will hit 25 cities over 18 countries, kicking off on November 1 in Hamburg, Germany and wrapping up on December 12 in London, England. Getting the party started each night are Mammoth WVH, 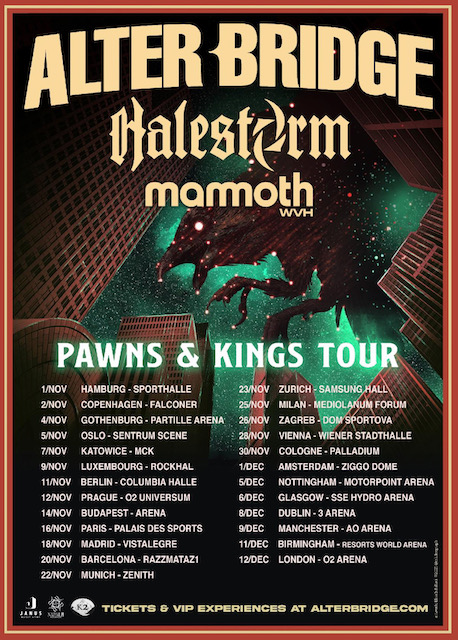