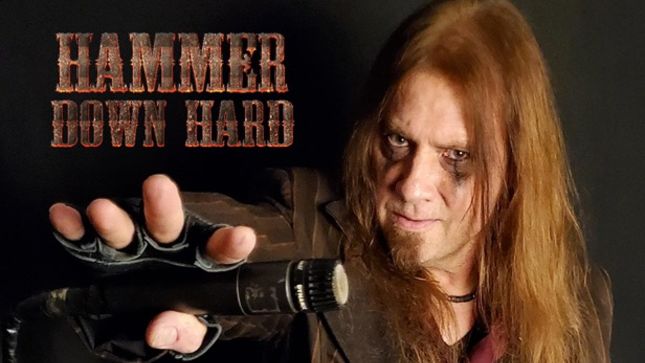 The video’s epic imagery complements the grandeur of the song. Hammer Down Hard teamed up with director The Brasco, CEO and owner of Durty South Entertainment. His creative direction magically draws viewers into the realm of Lonnie’s world of madness.

“Cephalopod” is the fifth track off Madness Serves Me Well, Hammer Down Hard’s second record, and the follow-up to the albums first single, “Dark Side Of Heaven”.

Following in the wake of such bands as Disturbed and Avenged Sevenfold, Hammer Down Hard masterfully hugs the line between hard rock and metal while conjuring up a sound all their own. Madness Serves Me Well is a superb collection of songs that expand Lonnie Hammer’s burgeoning reputation as a prolific songwriter and lyricist and cementing Hammer Down Hard as one of the most essential modern rock acts in recent years.