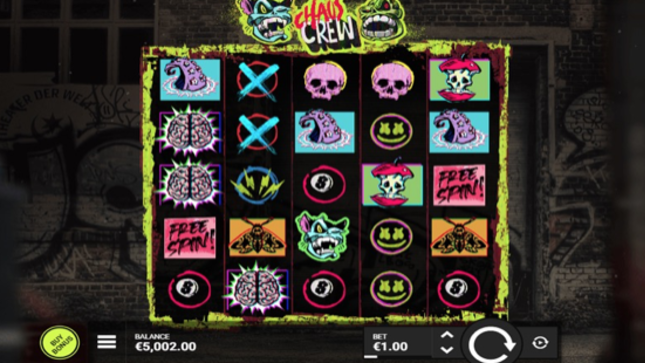 What's great about online casino games is that there are so many of them. Slots are the most diverse type of game you'll find at online casinos; they come in a huge, seemingly endless range of themes and have all sorts of compelling and exciting gameplay features.

If you're a fan of rock music and want to play some casino games based on this theme, there are plenty of slots that are sure to suit your tastes. In this post, we'll run through some of the best online slots themed to rock that you can play at top casinos in 2021. Be sure to have your volume turned up high when you play these slots so you can listen to a welcome blast of rock music while you play.

If you like the sound of the hard rock slot machines, the good news is that you can play them for free. Just about every online casino lets you play slots and other games for free once you've got an account set up. When you play in demo mode, there's no real money involved, so you can't win or lose any money. Even though you can't win anything while playing for free, it's still worthwhile, especially if you want to get a feel for what slots are like without having to pay.

Play rock-themed slots for free and enjoy a thrilling slot experience. Another free slot we recommend is the Chaos Crew slot. This edgy, punk-themed slot is created by Hacksaw Gaming and comes with high volatility and more than enough unique features to keep you entertained. It's just as entertaining as the rock music slots we've listed on this page, so go ahead and give it a try.

Rock music isn't the most popular of slot themes; not that many slots are based on it. However, the slots that are themed to it tend to be popular and successful. So, hopefully, more rock bands will have slots themed to them released in the near future!

Here are the best rock music-themed slots one can enjoy for sure:


One of NetEnt's most popular slots, Guns N' Roses is based on the Los Angeles hard rock band of the same name. Listen to some of the band's biggest hits as you spin the reels - choose from "Sweet Child O' Mine", "Chinese Democracy", and "Welcome to the Jungle", among others. The slot has more than its fair share of special features, including randomly triggered enhancers such as respins, wilds and multipliers, a bonus wheel that can give you quite large cash prizes and a free spins round with stacked wilds. The slot is loud and lively, offering a thrilling gaming experience for rock music fans and particularly those who are into Guns N' Roses' music.

This slot is themed to Jimi Hendrix, who is widely regarded as one of the twentieth century's most influential and successful musicians. He was an American rock singer, composer and guitarist, and was mainly known for his innovations with and use of the electric guitar. His mainstream career in music lasted about four years, but his impact was significant and long-lasting.


The Jimi Hendrix slot is another title in NetEnt's library of online slot games. It has suitably psychedelic vibes. This game features the late guitarist as one of the highest-paying symbols; the other most valuable bonus symbol is a decorated guitar. There's also a respin feature and not one, but three free spins rounds in total. One has extra wilds on every spin, one turns all low-paying symbols into wilds, and one has moving wild reels.

Yet another rock-themed slot from NetEnt is Motörhead. This one pays tribute to the British rock band Motörhead and features the likeness of its members and some of the band's biggest hits. It has a total of 76 paylines that you can win on, along with a respin feature, mystery symbols and a free spins round. There's also the Bomber feature, which can add up to 15 mystery symbols to the reels. The slot has medium volatility, making it suitable for those who want a decent number of smaller wins while also wanting a shot at scoring a bigger payout.

KISS: Shout it Out Loud!

Unlike the other rock-themed slots on our list, this one isn't from NetEnt. It's made by the provider WMS instead. This slot is based on the New York rock band KISS, one of the best selling and most influential rock bands ever. The band has undergone numerous line-up changes over the years and gained notoriety during its first decade for its stage outfits, use of face paint and extravagant performances.

The KISS: Shout it Out Loud slot is played across two five-reel grids: one has three rows, and the other is extra large with twelve rows. There are 100 paylines in total, and there's a free spins round that gives you 20 no-cost spins to use. Some of the band's biggest songs, including 'Detroit Rock City' and 'Shout it Out Loud', make up the slot's soundtrack.

The final entry on our list is the slot game Sabaton by Play'n Go. It's themed to the Swedish heavy metal band of the same name and, of course, features some of the band's best-known songs in its soundtrack. The slot's highly volatile, so when you play it, you may have to spin the reels many times before landing a big win, though be prepared because that huge payout isn't always guaranteed.

Sabaton is packed with all sorts of exciting features that make gameplay exciting and can help you win. There's mystery symbols, synchronised reels, extra-large symbols and, last but not least, a free spins round that can be retriggered. The band's songs focus on epic wars and battles and people who commit acts of heroism. If you've never heard of the band before, playing the Sabaton slot is an excellent way to be introduced to them and their music.