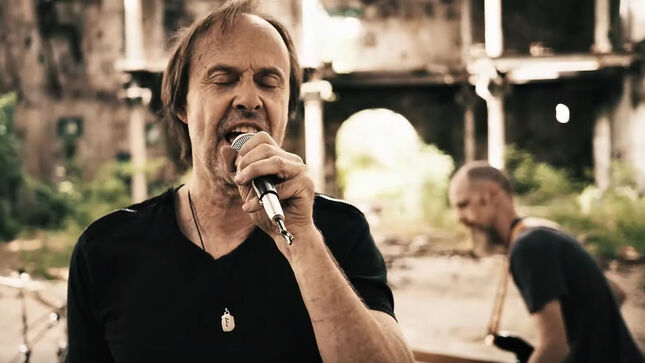 European progressive hard rock group Headless, composed of members who have performed alongside the likes of Yngwie Malmsteen, Geoff Tate (ex-Queensryche) and Elegy, have released their new single, "Misdirection". A music video can be seen below.

A message states: “Musically, 'Misdirection' is a classic progressive and up-tempo song with Göran Edman on the helm providing a refined vocal line and choir arrangements reminiscent of his Malmsteen heydays. Göran wrote the lyrics as well, giving an interesting social commentary to the listener. 'Misdirection' in fact is a song about the growing infiltration of the mob and families dedicated to crime in places and cities that until a few years ago were considered 'civil' and safe. The video clip has an old-school vibe to it with the band playing the song in an old, bare and abandoned industrial landscape.”

The band's new record (and M-Theory Audio debut) Square One, will be released on September 24. The album - which showcases the band's blend of classic rock catchiness with heavier progressive metal influences - is now available for pre-order on CD, digital and limited-edition cloudy blue sky colored vinyl, and the limited exclusive Belt of Venus pink variant with autographed photo (only 100 made), here.

The upcoming release of Square One is the latest chapter in the saga of a band whose members have amassed an impressive array of credits throughout their respective careers. Göran Edman has been the group's lead vocalist since 2011. The two Headless albums to which he has lent his melodic croons so far - 2013's Growing Apart and 2016's Melt The Ice Away - join a lengthy resume that began in the 1980s as a part of Swedish hard rockers Madison and Swedish Erotica; included stints during the 1990s as a vocalist for Yngwie Malmsteen and John Norum (Europe); and continued with multiple groups into the 21st Century, most notably alongside members of The Flower Kings in the progressive metal band Karmakanic.