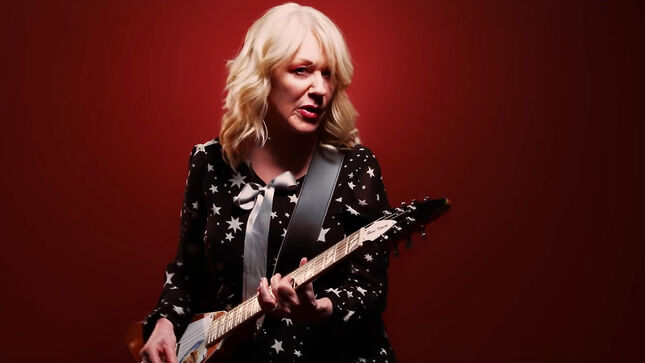 Round Hill Music has acquired a significant share of the master artist royalties and entered into a long-term agreement to administer the neighbouring rights income of the catalogue of Nancy Wilson, acclaimed singer, songwriter and guitarist of Rock And Roll Hall Of Fame-inducted band, Heart.

Key acquisition highlights include a significant share of the rights to Heart, who have sold over 35 million records worldwide and have a total of four Grammy nominations to date. The catalogue includes the #1 hit "These Dreams", that was certified platinum five times. Further classic tracks in the catalogue include "Barracuda", "Magic Man", "Alone" and "Crazy On You".

Heart's breakthrough came in 1975 with the release of their debut double platinum selling album Dreamboat Annie, which generated the hits "Magic Man" and "Crazy On You". Their third studio album Little Queen has reached double and triple platinum in Canada and United States respectively. In 1985, Heart released their eighth studio album which produced the band's first #1 single, "These Dreams", and was certified platinum five times and nominated for a Grammy Award for Best Rock Performance by a Duo or Group with Vocal.

Wilson, who has been ranked as one of the greatest female guitarists of all time by Gibson, was inducted into the Rock And Roll Hall Of Fame in 2013 with her sister Ann. That same year, she and her sister Ann, also a member of Heart, received a Star on the Walk of Fame in Hollywood.

The catalogue has significant exposure to Streaming, comprising 35% of revenue mix, with the balance being comprised of 2% Physical, 7% Download, 13% Sync and 4% Other. Neighbouring rights income comprises 39% of the catalogue's revenue. In terms of geographical exposure, 61% of the revenue is from the US, while the balance is from other countries.

The top five songs ranked by revenue are: "Barracuda", "Alone", "Crazy On You", "Magic Man", and "These Dreams". All figures are based on the catalogue's royalty statements in the calendar years 2017-2020.

Due to commercial sensitivities, Round Hill Music is unable to disclose financial details for each acquisition as it occurs. However, on completion of the investment of proceeds from the C Share fundraise of US$86.5 million, together with the remaining undrawn balance of its existing revolving credit facility, the company will make further financial disclosure on the acquisitions.

Trevor Bowen, Chair of the Company, commented: "We are very pleased to announce the acquisition of Nancy Wilson's fantastic catalogue of classic Heart tracks from across her career including songs from her double and triple platinum selling albums. This important acquisition provides the Company with direct exposure to a timeless American rock band."

Josh Gruss, Chairman and CEO of Round Hill, the Company's investment manager, commented: "Nancy has had astonishing success over the last 45 years. She is an icon and the longevity of her music is a testament to her incredible talent."

Nancy Wilson commented: "I'm honored to be working with the good people at Round Hill and am looking forward to an ongoing working relationship."