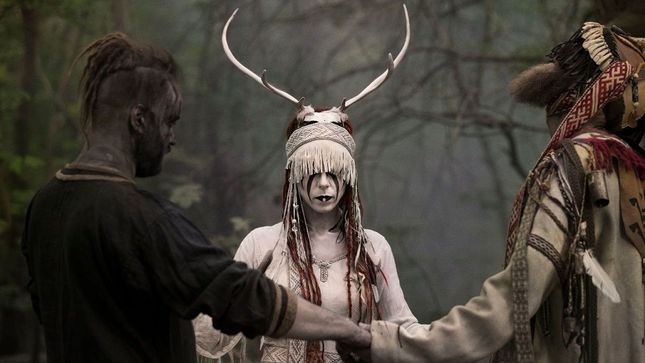 Enigmatic Nordic collective Heilung is now proudly announcing their collaboration with My.Games and Booming Tech for the new season of the Conquerer's Blade video game, VII: "Wolves Of Ragnarok. The newly launched trailer for the game, featuring the track "Galgaldr," can be seen below.

With lyrics recorded in Old Norse and inspired by Völuspá – a prophecy of Ragnarok from the Poetic Edda - Heilung’s atmospheric sound will immerse players in a dark new era for Conqueror’s Blade. Heilung will also see their name being eternalized in one of the new combat map locations, which is now officially called ‘Heilung Fjord,’ and serves as a place for healing. More info on the game can be found here.

Following an extremely successful first ever tour of North America, in which every venue sold out, Heilung are returning to the States for one spectacular evening! The Danish formation will be bringing their mesmerizing ritual to the historic, century-old Red Rocks Amphitheater in Denver, CO on October 5, 2021. Tickets for the 2020 show will be honored at the new date. For every ticket sold, One Tree Planted will plant a tree in Colorado. You can purchase tickets at this location.

Last year, Heilung shared their first ever music video for the Independent Music Award-winning song "Norupo", which is taken from 2019's critically-acclaimed release, Futha! The video was shot at the Neolithic standing stones at Les Menhirs de Monteneuf in France.

"Norupo" is composed around the ancient runic poem with the name ”The Norwegian Rune Poem”. The poem was preserved in a 17th-century copy of a now lost 13th-century manuscript and gives a complete description of all sixteen runes of the younger Futhark.