HEIR CORPSE ONE Streams "Blood In The Shade" From New Album, Caribbean Frights, Due In September 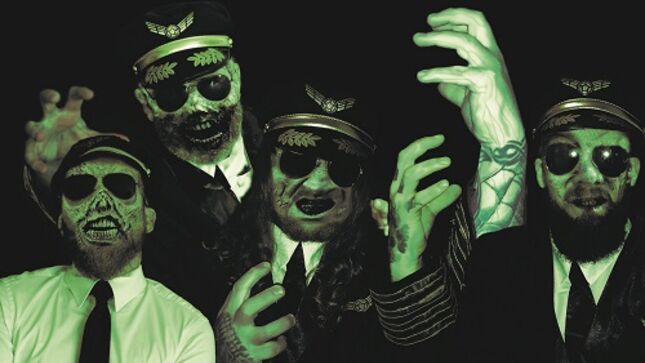 The story of the airborne zombies from Fly The Fiendish Skies takes another turn on this macabre EP. The zombies have landed in the Caribbean and the themes of the songs revolve around Caribbean folklore, demons, undead and an unhealthy dose of the Cthulu mythos. High-speed drumming and blistering solos guaranteed!

On September 30th, Obelisk Polaris Productions will release Caribbean Frights by Heir Corpse One on CD and digital formats. Pre-orders can be placed now at this location. View the cover artwork, created by Juanjo Castellano, as well as the tracklisting below.

Heir Corpse One is:

For further details, visit Heir Corpse One on Facebook.