HELIX - Original Keyboardist DON SIMMONS Passes; Vocalist BRIAN VOLLMER Pays Tribute: "He Was There At The Beginning, And Part Of The Helix Story And My Life" 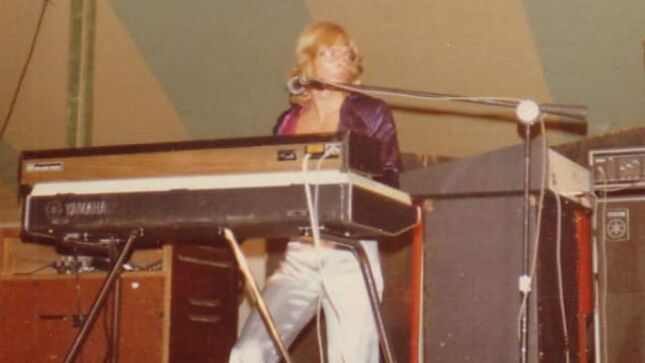 MikeLadano.com is reporting that Don Simmons, the original founding keyboard player for Helix, had passed away. He was 64.

Simmons played in the original Helix band featuring singer Brian Vollmer, drummer Bruce Arnold, guitarist Ron Watson, and bassist Keith “Burt” Zurbrigg. Simmons gigged with Helix from 1974 - 1976 and was still in the group for a short time when Brent “The Doctor” Doerner joined, beginning the transformation into the modern band.

In 2004, Helix staged a massive reunion that included many of their former surviving members. The original band, including Simmons on keyboards, got up on stage for the first time in 30 years and played "Buff’s Bar Blues", a mainstay of their early sets. The show was released as the 30th Anniversary Concert.

Helix frontman Brian Vollmer paid tribute to Simmons via a Facebook post, which can be read below.

Vollmer: "Yesterday I found out through my cousin Elaine Schiestel that original Helix keyboardist Don Simmons had passed away suddenly. That makes two of the original Helix members who have died over the past couple of years; the other being guitarist Ron Watson.

Don was from Listowel and we both went to school at L.D.S.S. We had both been in a high school band called Homegrown. The drummer was Kevin Webster on drums, Larry Schneider on guitar, and Bill Bailey on bass guitar. We weren’t very good but it was a start, and  it got us playing a couple of high school dances.  Kevin decided to enter us in a contest in Kitchener, which was about 30 miles away.  The contest in question was The Battle of the Bands at the Central Ontario Exhibition. We went the night before to check out the competition, and after seeing what we were up against we wanted to crawl away and hide under a rock. These bands from Kitchener made us look & sound like rank beginners.  We were now frightened. But we played the next night anyway.  Needless to say we weren’t the high light of the competition, but we did catch the eye of some Kitchener musicians, Bruce Arnold & Rob Watson.

The first incarnation of Helix was Don Simmons/keyboards, Bruce Arnold/drums, Rick Trembly/guitar, Ron Watson/guitar, Keith Zurbrigg/bass, and myself. Rick was quickly ousted from the band by Bruce & Ron. We practiced the same 5 songs or so every night at the practice hall on Margaret Street in Kitchener above an old garage.  The main house, which was once owned by J.M. Schneider ironically enough, was rented by a band called Cerebrum. Eventually we stretched that into a couple of sets and started to get gigs through DRAM Agency. We bombed all of them, but in retrospect, we were just out of the basement. Rock and roll babies…

When William Seip entered the scene things suddenly got very serious. Our first 'road' gig was in Deep River, Ontario by Petawawa. We also played The Kap Inn in Kapuskasing, the Travelhost in Timmins, and a few other bars I’d rather forget.  Life on the road was especially tough and decidedly unglamourous.

One of our top places to play was The Sebringvilla in Sebringville. The main attraction that drew the people in for us was Donny on his keyboards playing 'Frankenstein' by Edgar Winter, 'Roundabout' by Yes, and 'Funeral For A Friend' by Elton John. Don was all in his glory and was a chick magnet. Add to that he had a hot car in his Chevy Nova, and  voila!—'rock n’ roll lifestyle!'

However, as I said, life on the road was a lot less glamorous than everyone made it out to be. Pay was shit, the rooms up north were third world, and the life itself lonely. Bruce was the first to leave the band to marry his wife Bonnie. They are still together today. Unlike Bruce, who I kept in constant contact with however, Donny went his way and I went mine. This wasn’t a conscious effort; I just didn’t know where he was or what he was doing.  Occasionally he’d surface or I’d accidentally run into him when I was visiting my parents in Listowel.

All that changed when we celebrated the 30th Anniversary concert at The Sanderson Center and the original band kicked off the show with 'The Buff’s Bar Blues'. The practices rolling up to the actual playing date were full of fuzzy warm feelings, cool vibes, and re-connecting. I could tell all the old line-up loved being in the spotlight again, even if it was only for one song on one night. I enjoyed being there with them for it. It was a special moment in my life-one I’ll never forget.

After that I seldom ran into Don. The exception was one day at a restaurant in Listowel. Don was sitting at the next table and I went over and we had a nice conversation for about 20 minutes.  I was with my mother, so I couldn’t talk any longer. That was the last time I saw him, although I tried to reach out through Bruce Arnold a couple of times, but even Bruce didn’t really know where he was or how to contact him.

I talked with Bruce yesterday and he told me that he and Donny had made many jam tapes that he hopes to do something with. He last saw Don a couple of weeks ago when he unexpectedly showed up at his house. The two of them had a nice conversation; Don looked to be in good health, and then he left.

So raise a glass to Don Simmons! He was there at the beginning, and part of the Helix story and my life. Thank you for those memories, Don.

Much love and peace on the other side." 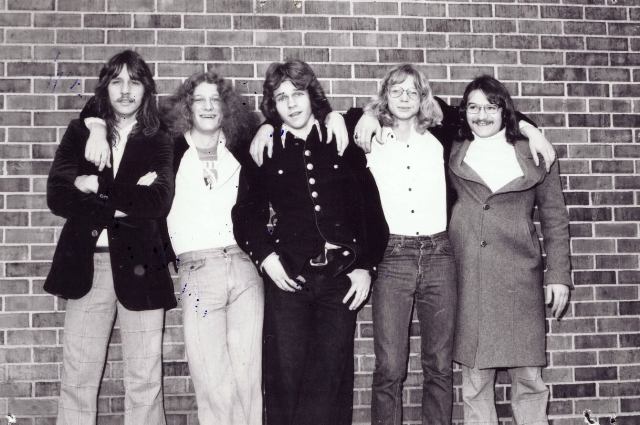