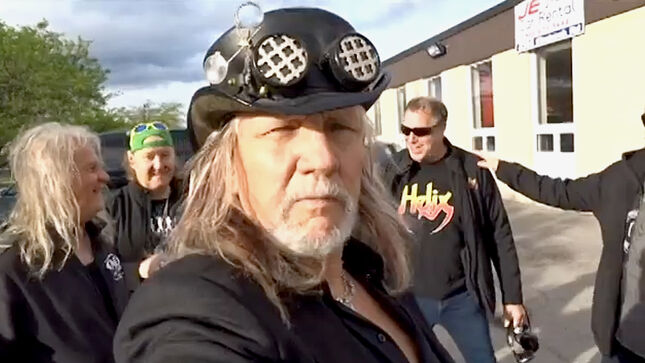 A message from frontman / founder Brian Vollmer states: "This was Helix's first show of 2022. The third time was a charm; this gig had been cancelled TWICE because of COVID. The promoter, Chris Smith, soldiered on and never gave up hope. Eventually Helix & Honeymoon Suite got to play, albeit for a small audience of only around 150 people. This was not surprising however as the gig was to celebrate Chris's 50th birthday, was "invitation only", and FREE.

"This gig was important for a couple of reasons. COVID had caused us to release Gary Borden from the band half way through the previous year. He was replaced by Mark Chichkan of The United Snakes, a Windsor based band. Mark had played briefly for us in the early 90's, having just recently departed from the band Mindstorm, which was under the same management as Helix: Bill Seip. In 2021 Helix had only played 3 dates because of the lockdowns and uncertainty of promoters. During that time they released a new single, 'Not My Circus, Not My Clowns' and continued to work on other new material, specifically the song 'Brother From A Different Mother', two songs written in the early 90's by Vollmer and Mark Ribler, and several other compositions between Vollmer and Sean Kelly.

"The gig served as a good jumping off point for the band's upcoming 2022 dates, getting rid of any jitters they may have had from now playing regularly for two years. Everyone was in high spirits and it was an exhilarating feeling to be playing again after being sidelined. Chris Smith, the promoter, treated us like gold and we made friends with the locals at the gig, who were down to earth and friendly. All in all, a great weekend and another mind blowing Helix experience!"

Earlier this year, Helix released their new digital single, "Not My Circus, Not My Clowns" on iTunes, Spotify, Amazon and hundreds of digital platforms worldwide. A lyric video for the song can be found below. 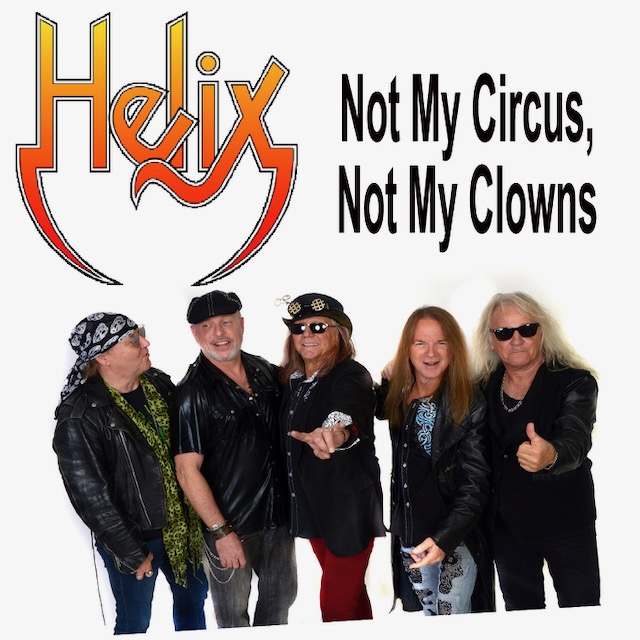 Brian Vollmer: "'Not My Circus, Not My Clowns' sums up the Helix band's thoughts on the COVID pandemic and all the surrounding brouhaha over the last couple of years. The band is presently working on a new album release for 2023. As well, I will be releasing the It's A Pleasure Doing Business album on vinyl later this year with a couple of new tracks and some of my favorites from Helix's 1993 album, It's a Business Doing Pleasure. Sound confusing? Not in these times my friend-it's the new normal!

"'Not My Circus, Not My Clowns' was an expression used frequently by my friend Jay Wetlaufer, who passed away several years ago from stomach cancer. Jay was a guy who had no patience for bullshit, and that’s what this song is primarily about. Although the lyrics could be applied directly to everything that’s going on today, they were actually written nearly two years ago, just as COVID was taking off. Today we live in tepid times. People are taking sides and there is deep division in society. My favorite lines: “Those who ignore what history has shown us-well, they are doomed, doomed, doomed to repeat the past.”