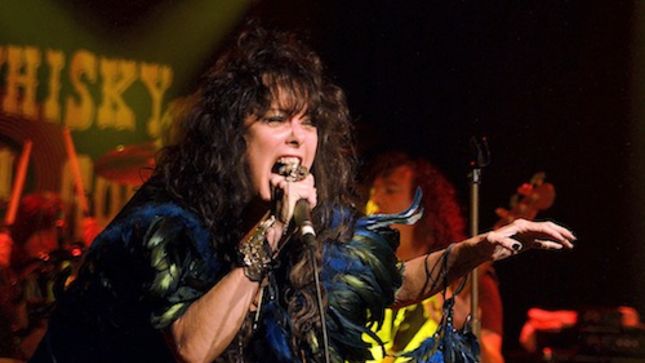 In October Hellion released their first CD of new music in a decade. Karma’s A Bitch was produced by legendary British studio icon Ken Scott, who has produced iconic albums, including David Bowie's Hunky Dory, The Rise And Fall Of Ziggy Stardust And The Spiders From Mars, Aladdin Sane and Pinups, along with Simon Wright and Ann Boleyn.

When asked to compare between working with David Bowie and Ann Boleyn Scott said: "Working with Bowie or working with Ann of Hellion, you've got sheer talent.”

Acknowledging Boleyn as the driving force propelling the band, Scott notes: "Hellion was a group of musicians, and over the years, the musicians have changed. The one musician that has always been the same is Ann. So once again, it's new musicians. The one constant thing about Hellion is Ann, and her incredible voice."

Hellion will release a live CD, which was recorded on their recent tour, in early 2015. The group plans to perform in England and Europe in early 2015.