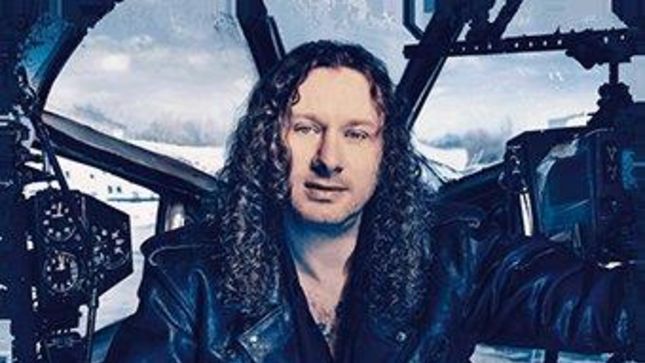 Helloween's bass invader, Markus Grosskopf recently conducted an interview with Mohsen Fayazi of Metal Shock Finland, where he revealed more information about the band's upcoming surprise for their fans, which will be a book, entitled Hellbook. An excerpt from their chat can be read below.

When asked about Hellbook and its release date, Markus said: "I don't really know the time when it comes out but we are working on it and details. We are collecting stuff and pictures, old and new ones, then we can correct it. It will be a kind of history book with lots of pictures, but it is going to be a little surprise."

Listen to the whole of this interview at this location.

Catch Helloween on tour in support of their new album, My God-Given Right, at the following shows: