How A Misheard Phrase And An In-Flight Menu Inspired STEVIE NICKS Classic "Edge Of Seventeen"; PROFESSOR OF ROCK Investigates (Video) 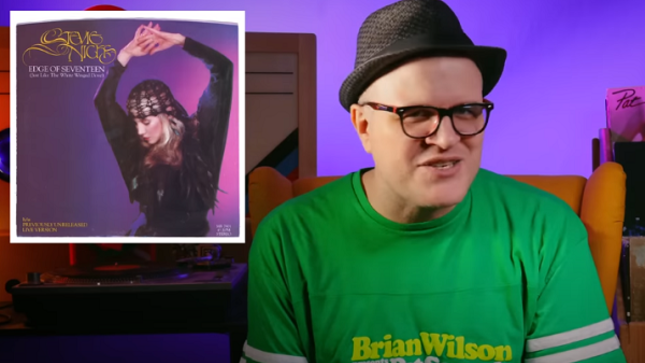 "Standing at the crossroads of her career, Stevie Nicks traded in the surefire success of Fleetwood Mac after Rumors and Tusk for a shot to prove she could do it on her own. But solo success wouldn’t come easy, especially when two tragedies affected the progress of her album. The first of these would shake us all: the death of Beatle John Lennon. The other was more personal, but still just as devastating. Stevie wrote and recorded Bella Donna with two duets… 'Stop Draggin' My Heart Around' with Tom Petty and 'Leather And Lace' with the Eagles' Don Henley, but the breakout was 'Edge Of Seventeen' that came from a misheard phrase and an in-flight menu. The story is next on the Professor of Rock."