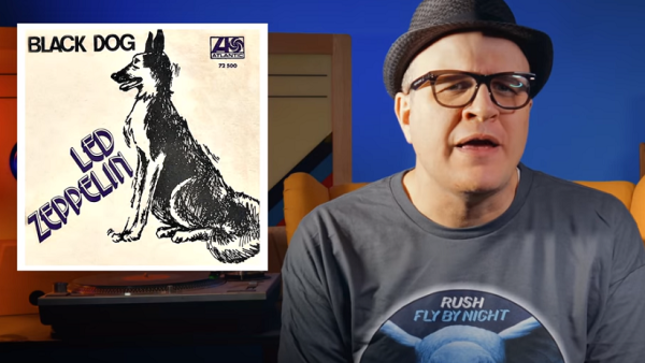 Professor Of Rock has released the new video below, stating: "The incredulous story of Led Zeppelin’s 1970s masterpiece 'Black Dog' from their classic album, IV.  Robert Plant, Jimmy Page, John Paul Jones and John Bohnam created a track that was extremely difficult to play and was named after a stray animal. Along with story behind the symbols on the iconic album cover."