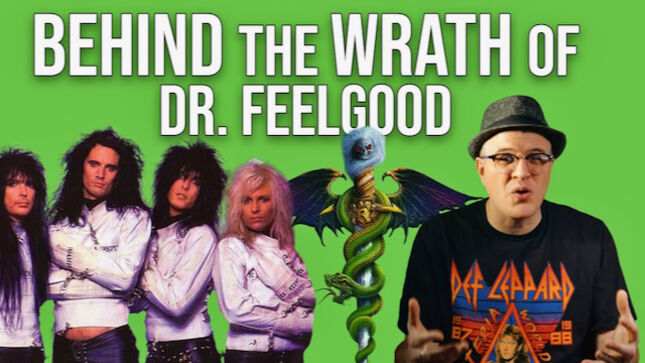 "After several brushes with death, and years of partying like rock stars, Mötley Crüe, one of the world’s biggest selling glam rock acts, got clean and sober to make a historic record led by a powerful title track 'Dr. Feelgood' that became the band’s only gold single. Let the viewer beware… We are about to enter the dark side of Hollywood with Vince Neil, Tommy Lee, Nikki Sixx and Mick Marrs for one of the greatest records of 1989."