How PAUL McCARTNEY Turned A Potential Disaster Into A #1 Hit; PROFESSOR OF ROCK Investigates (Video) 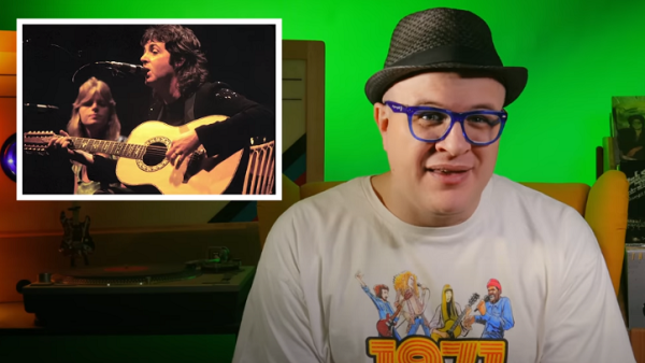 "Former Beatle, Paul McCartney, was trying to establish his band Wings when he flew to Nigeria to record Band On The Run. Two key members quit right before, and then when they arrived equipment in the studio was dismal. One day, when Paul and Linda were walking the streets they were threatened at knifepoint by a gang of terrorists. Paul had to keep calm if he was going to save he and his wife's life, so along with his wallet, he handed over a bag containing two of his most prized possessions: a notebook of lyrics and a demo tape of songs for his new album, neither of which he had copies of. These thieves, having no idea who was standing in front of them,  stole one of the '70s greatest #1 hits.... 'Band On The Run' along with '70s classics 'Jet' and 'Helen Wheels'. After surviving the ordeal, this musical genius knew he either had to track down the stolen lyrics and tape or try to remember it and recreate it. Find out what happened next on Professor Of Rock."