ICED EARTH - JON SCHAFFER Will Be Extradited To Washington D.C. 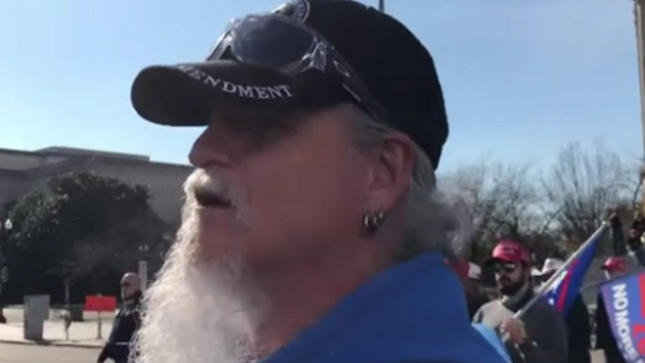 On January 17, Iced Earth mainman Jon Schaffer was taken into custody in Indiana following his “unlawful entry into the United States Capitol Building” in Washington D.C. on January 6, 2021. Jon Schaffer had been listed on the Most Wanted section of the FBI’s website.

Brock E.W. Turner of Indiana Public Media reports that an Indiana man has waived a preliminary hearing after he was charged with multiple federal crimes at this month’s insurrection at the US Capitol. He will soon be extradited to Washington D.C.

The U.S. Department of Justice says Jon Ryan Schaffer was part of the group that breached the Capitol Building and engaged in “verbal altercations with Capitol Police officers inside.”

He is currently being held in the Marion County Jail after turning himself in to police last week. According to his attorney, the US Attorney and Schaffer’s legal team mutually agreed to handle all proceedings in Washington.

To learn more, and view the FBI's Statement Of Facts, visit this location.

In the days prior to Schaffer's arrest, his bandmates in Iced Earth released the following statement with singer Stu Block writing: "We want to thank those of you who have sent words of support in recent days. Some of you have been concerned by our silence, which we understand. We needed some time to properly process the information and find out some facts before we made a statement.

First and foremost we absolutely DO NOT condone nor do we support riots or the acts of violence that the rioters were involved in on January 6th at the US Capitol building. We hope that all those involved that day are brought to justice to be investigated and answer for their actions.

With broken hearts we are sending our love and compassion to everyone who has felt pain from the events on January 6th. We are deeply saddened and our hearts go out to the families of the lives lost that day. There are really no proper words to console. Just know we are with you in your shock, grief and pain. Much love to you all. ❤️"

While Century Media has yet to make an official statement, this can be seen as the fallout from recent events involving guitarist Jon Schaffer.