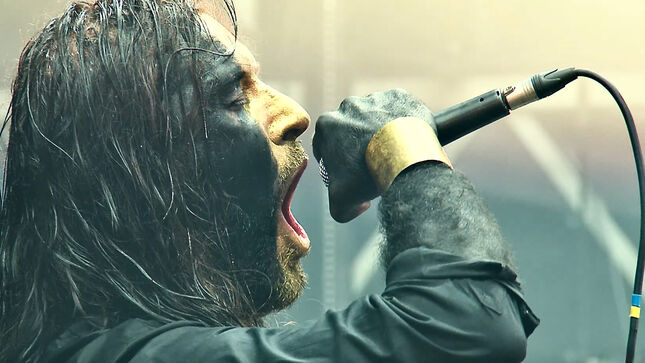 Igorrr - the brainchild of French composer and musical mastermind Gautier Serre - releases a new live video for "Camel Dancefloor", recorded at the Pol'And'Rock Festival in July 2021.

Gautier Serre comments: "We have been waiting over one year and a half to be able to play this track live, this has been a very important moment for us as we were discovering how it really sounds like on a stage, and we were surprised of how strong the vibe is when we play 'Camel Dancefloor', especially with our unbelievable guitar player Martyn Clément, and the 2 new vocalists. I really feel we reached a kind of next level of heaviness on stage with Igorrr, it's brutal."

In March 2020, right at the beginning of the global pandemic, Igorrr released their fourth and most successful album to date: Spirituality And Distortion. With entering the Official German Album charts on #12, Switzerland on #57 and climbing to #61 in the Billboard Top Current Album charts, the band continued to write their worldwide success story.

In November and December 2021, the band is going on tour with Horskh and Autarkh.