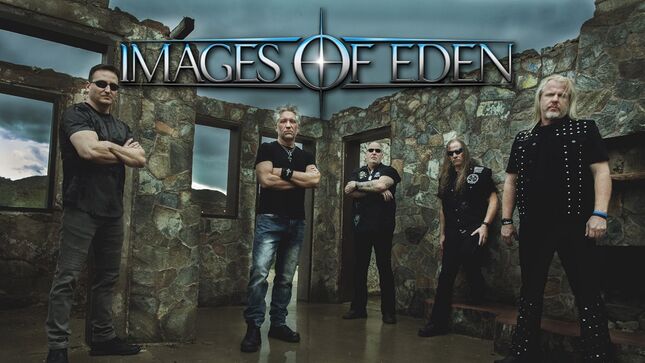 Veteran metal band Images Of Eden has released its fifth studio album, entitled Angel Born, via Pavement Entertainment. The album is the follow-up to the band's 2018 album, Soulrise, which was produced by the legendary Bill Metoyer. Angel Born features 11 tracks of innovative metal, as well as a modern cover of Triumph’s inspirational “Fight The Good Fight.”

In conjunction with the release of Angel Born, Images Of Eden is also premiering the music video for “My Promise.”

Director, producer, and drummer Steve Dorssom says, “This song is about dealing with sudden loss of an extremely close loved one and the grief that follows, but more specifically about getting much needed confirmation that the loved one is now in a good place.”

Because of the personal nature of the material, Dorssom found the process of writing the video script emotionally difficult. Dorssom adds, “It hit close to home in a lot of ways. I almost had to bail on the story because I became an emotional wreck, but I pulled it together and was able to finish the pre-production which turned into a fantastic music video! The final video captures how a tragedy can be turned into glorious heights by honoring a loved one's dreams then making them come true! ‘This is My Promise to you.’”

“Autumn Is Burning”
“Angel Born”
“My Promise”
“Where Dreams Begin”
“If?”
“Killing God”
“Fight The Good Fight”
“War Room”
“Serenity Reign”
“Animation In A Still World”
“Marigold Sun”
“In Memory Of Me”

Save your copy now at this location.