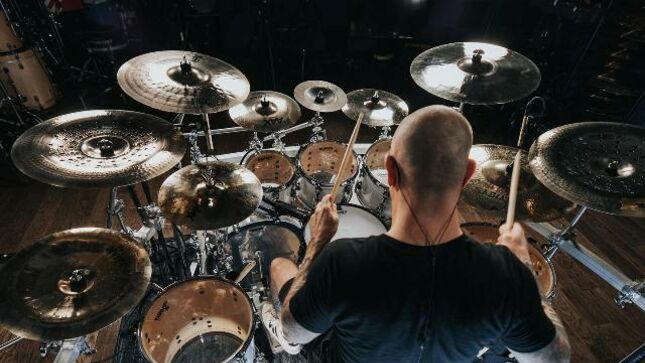 "A special Imonolith drum playthrough is coming up of Ryan Van Poederooyen. To make it even better, the fine people at Drumeo are behind all the production, so this will sound and look killer! Stay posted… and yes, this is a NEW 2021 Imonolith track being featured!"

Imonolith recently released a bass-heavy cover of Björk's "Army Of Me". Watch the lyric video below. Stream or purchase the single here.

Says drummer Ryan Van Poederooyen: "Imonolith are excited to release our version of the classic Björk hit, 'Army Of Me'. I had an idea of how to cover the song back in 2011 and demoed it with a past project but never released it. I brought up this version to everyone in Imonolith, they dug it, so we re-recorded it with a few new twists. It’s basically a heavier version of the original song with some big modern day production. Jon did an incredible job paying respect to Björk’s vocal melodies. Musically, the chorus and a few other parts of the song get injected with some new energised patterns. We’re stoked on how it turned out and can’t wait for everyone to hear what we did with this classic song."