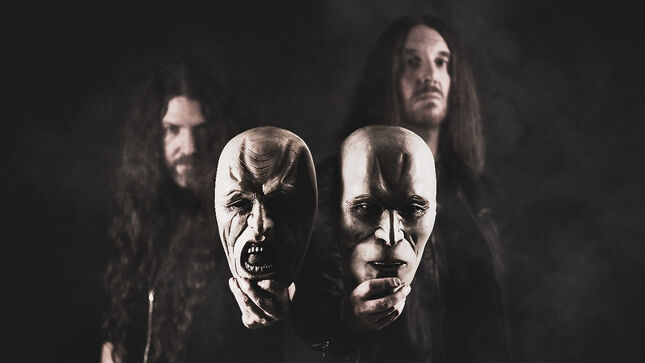 Atmospheric black metal band, Imperium Dekadenz, flips the script and invites you into the halls of doom with the third single, “Forests In Gale”, just before their new album, Into Sorrow Evermore, drops this Friday via Napalm Records. The new track displays their very own style in mid-tempo speed, inducing a changeover in the song’s next phase that evokes drama and dynamic perception.

Since breaking the scene into with their critically acclaimed debut, ...und die Welt ward kalt und leer, in 2006, the band has developed their own ambient sound with a strong emphasis on melodic structuring and raw tunes that are influenced by the second wave of Norwegian black metal without losing its unique trademarks. With eight new tracks addressing themes of depression, death and desperation, Imperium Dekadenz sticks to their haunting roots and conquers the upper echelons of the black metal world on Into Sorrow Evermore.

Imperium Dekadenz on “Forests In Gale”: “We’re proud to present this mighty glimpse of our world filled with darkness and shadows. ‘Forests In Gale’ is the last raging stand before we finally share our new album Into Sorrow Evermore, unleashing the fury of beauty and the demons of the past – may the storm begin!”

On their new album, Imperium Dekadenz continue their unique journey with dark, ambient sounds, luring the listener into suffocating spheres of black metal. Opener and title track “Into Sorrow Evermore” starts off with classic tremolo-picked black metal guitars and hard-hitting drums, building a gloomy atmosphere with the thrilling sound of vocalist Horaz spurring the album’s immersion. “Truth Under Stars” lures with pummelling blast beats accompanied by tragic guitar melodies as deep growls complement them to envelop the signature grim mood of the band. “Aurora” showcases melancholic pianos, accompanied by trudging drums as icy guitars swoon with a distorted but lush melody, building up to a serene guitar solo that cries its sorrows to the sky. The influence of various metal genres can be witnessed in songs like “Elysian Fields” and “Awakened Beyond Dreams”, while in between, “Forest In Gale” ensures characteristic style devices in mid-tempo speed, inducing a shift before delivering drama and dynamics. “November Monument” is a gloomy, slow doom inspired piece with steady drums that march on and guitars delicately plucking chords heavy with emotion, capturing the feeling of the approaching winter when November arrives. Imperium Dekadenz closes the album with "Memories... A Raging River", rightly encompassing all vicious vibes of the album into one final song. The album’s flow mimics life itself, beginning with high energy that slowly fades into melancholy as it lives on.

Imperium Dekadenz state: “In the dark and cold season, in a world that threatens to sink into its rising shadows, our new album ‘Into Sorrow Evermore’ rises from the fog of uncertainty. Melancholic, powerful, poignant, a reflection of the isolation and upheaval of recent years, but also a shadowy dream of what may come. Once again, we are happy to share our world and fill hearts. Into the darkness we strive, guided by our dreams, driven by the relentless time!” 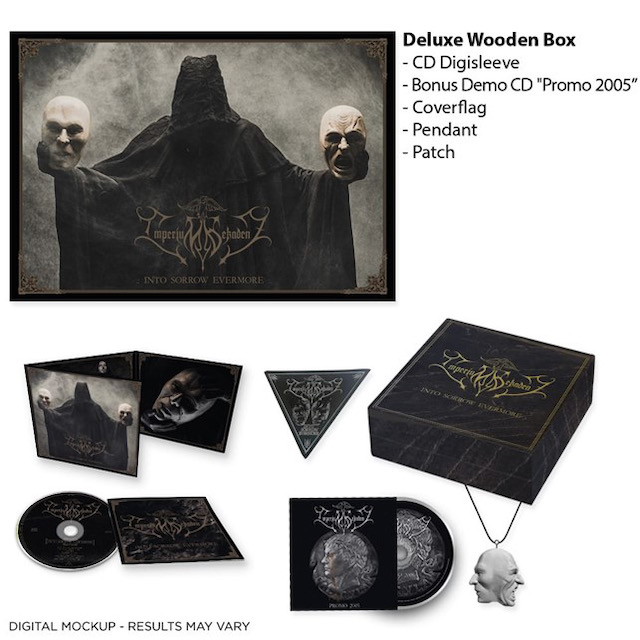 Into Sorrow Evermore will be available in the following formats: 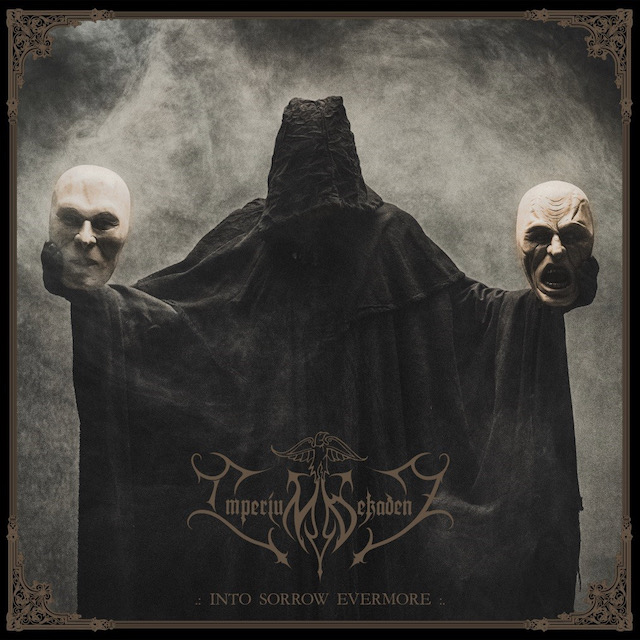