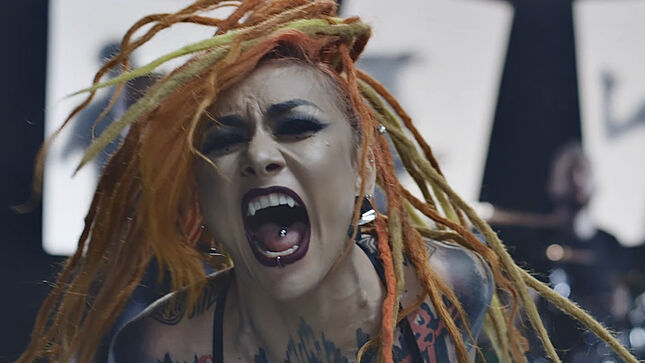 Moldovan progressive modern metal unit, Infected Rain, have become one of the most exciting new acts in the heavy music world, with charismatic, multi-talented frontwoman Lena Scissorhands emerging as one of the fastest-rising leading ladies of the genre. Now, the band arises from the dark depths once again - freshly off their very first tour of the USA with Butcher Babies and Stitched Up Heart - to reveal the next chapter of their metamorphosis. The band will release their otherworldly fifth album, Ecdysis, on January 7 via Napalm Records.

Frontwoman Lena Scissorhands says about “Postmortem Pt. 1”: “Postmortem is about the constant search. The never happy, never content… Blind to the real treasures of life, we constantly want more and more…”

Watch the official music video for “Postmortem Pt. 1” below.