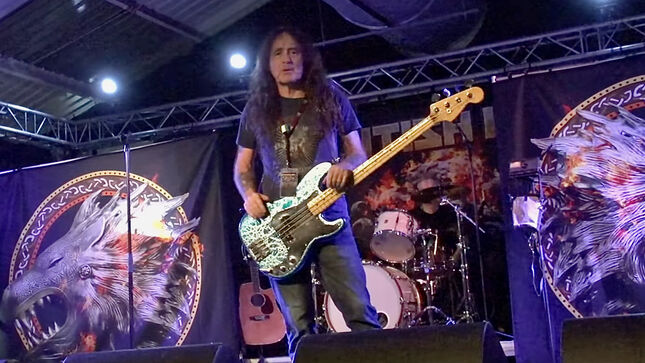 British Lion, the ‘up close and personal’ side project band of Iron Maiden bassist & founder Steve Harris, launched their UK headline club & pub tour on November 18 at The Crown in Hornchurch. The band have released this new recap video:

A previous recap can be seen below:

The dates listed below are confirmed for November/December.

Support act for the tour is Airforce. There will be no support in London. Tickets are on-sale now and available here.

British Lion's official video for "Bible Black", the fifth single from their 2020 album, The Burning, can be seen below: