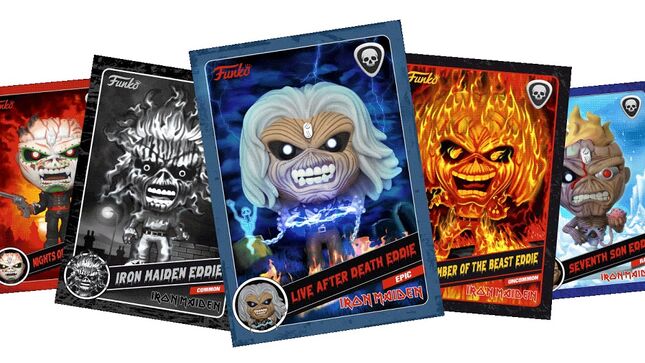 Legendary heavy metal act Iron Maiden has teamed up with Funko for Digital Pop! NFTs based on the various iterations of the various Funko collectibles. Starting on September 30 at 2 PM EST / 11 AM PDT, fans can buy the NFTs at wdny.io.

The NFTs will be available in two pack sizes – Standard and Premium – with each containing pre-minted cards and a bonus NFT with a chance for a special surprise. The series features Iron Maiden mascot Eddie in his various incarnations, with some rarer than others.

For Senjutsu - loosely translated as ‘tactics & strategy,’ the band once again enlisted the services of Mark Wilkinson to create the spectacular Samurai themed cover artwork, based on an idea by Steve Harris. With a running time of a little under 82 minutes, Senjutsu, like their previous record The Book Of Souls, is a double CD/Triple vinyl album.

Senjutsu is available in the following formats: