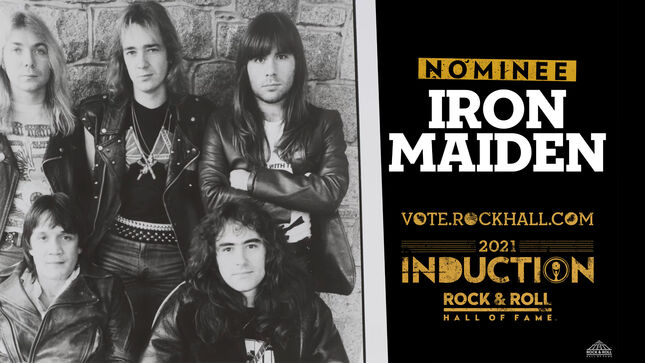 The Fan Vote has come to a close, with legendary heavy metal band Iron Maiden finishing in fourth place. The top five artists, as selected by the public, will comprise a “fans’ ballot” that will be tallied along with the other ballots to choose the 2021 inductees.

Tina Turner came in first place, with Fela Kuti landing in second. The Go-Go's ended up in third place, Iron Maiden in fourth, and rounding out the top five is the Foo Fighters.

Although eligible for inclusion since 2005, 2021 is the first year that Iron Maiden have been nominated.