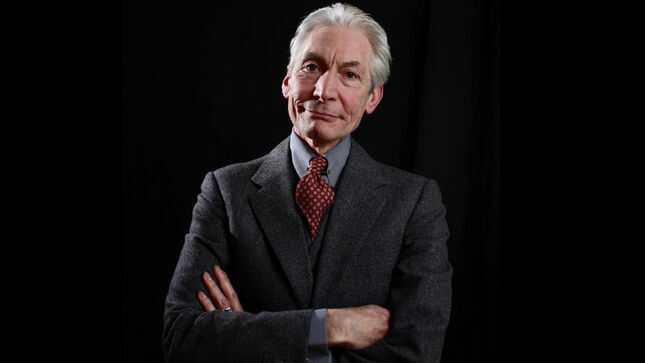 McBrain on Charlie Watts' influence on his playing:

"Charlie was such a phenomenal timekeeper, a great player. There's a saying - I've said it a couple of times before - t's not about the notes; it's about the space in between, in taking the music generality of it. And that's what Charlie did; he had this incredible feel on the backside of the groove.

When I started playing, it was Ringo (Starr / The Beatles) and Charlie. Ringo and Charlie were the two influences that I learned from, that I based my style of playing at that time on. And then the wonderful Keith Moon came along, and John Bonham. So those four guys were my primary influences.

"But certainly Charlie is a sad loss to the music world and the drumming fraternity across the table. He played traditional grip, he played orthodox as well. Matched grip as well, but that was his main style. Just a wonderful, wonderful player."

Iron Maiden’s long-awaited 17th studio album, Senjutsu, is out globally on September 3 via BMG. The band has released Senjutsu - In The Studio, Episode III, which can be viewed below:

Bruce Dickinson continues: “We’re all really excited about this album. We recorded it back in early 2019 during a break in the Legacy tour so we could maximize our touring yet still have a long set up period before release to prepare great album art and something special as a video. Of course the pandemic delayed things more - so much for the best laid plans – or should that be ‘strategies’!?  The songs are very varied, and some of them are quite long. There’s also one or two songs which sound pretty different to our usual style, and I think Maiden fans will be surprised -  in a good way, I hope!"

Senjutsu will be released on the following formats and is available to pre-order/pre-save at IronMaiden.com.

"The Writing On The Wall" (SFX Version)

Senjutsu - In The Studio videos:

In a UK first, Iron Maiden are celebrating the launch of Senjutsu with two other unique products for their fans. 226 of the Asda stores will carry a display unit with an exclusive album edition of Trooper’s Sun & Steel Japanese Lager and their very own album T-shirt featuring band icon, Eddie.

“Iron Maiden are an incredible British institution and the best in their field so it’s really exciting for us to be able to reward their legions of fans with some fantastic products for the launch of their hugely anticipated new album, Senjutsu on September 3rd”, claims Andrew Thompson, Asda’s Senior Manager on Entertainment.

“There are few bands in the world that can provide such a breadth of products that their fan base love and we’re delighted that Asda respect music enough to partner with us across several sectors. Every Maiden studio album launch is an event and their fans get behind it like no other. This partnership offers something for everyone all in one place” adds Warner Music’s SVP Commercial, Derek Allen