IRON MAIDEN Tease Fans About Being In The Studio? 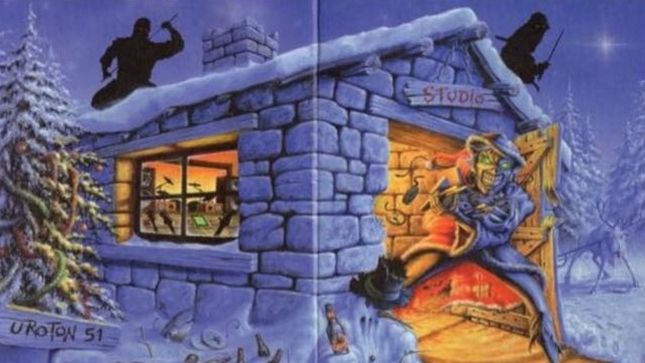 British metal icons Iron Maiden recently sent out their annual Christmas card alluding to the fact that they are in the studio saying: “Eddie’s got a little Christmas gift for everyone who’s been REALLY BAD! Must not be opened until 2015…”