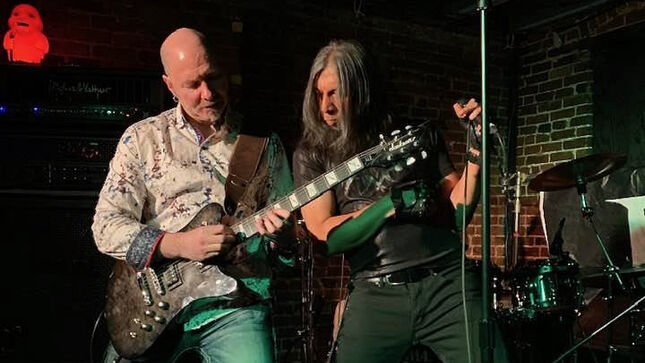 Ivory Knight guitarist Rob Gravelle and frontman John Perinbam have teamed up to record a cover of the Saga classic, Mouse In A Maze. It completes a trilogy of prog rock covers that include The Monks' "Suspended Animation" and Oingo Boingo's "Private Life". More recently, the duo recorded a blistering rendition of Deep Purple's "Highway Star".

In addition to playing in Ivory Knight, and recording the Knightfall CD with Annihilator's Jeff Waters in 2009, Rob and John have collaborated several times on covers of classic rock songs, starting with Cheap Trick's "Dream Police" back in 2010. In addition to classic rock songs, Rob has also produced original progressive instrumental music, including a rendition of the Bugs Bunny animated classic, The Rabbit of Seville.

"Mouse In A Maze" can be streamed below and is also available as a digital single from music stores such as Amazon and iTunes.

Rob Gravelle · Mouse In A Maze