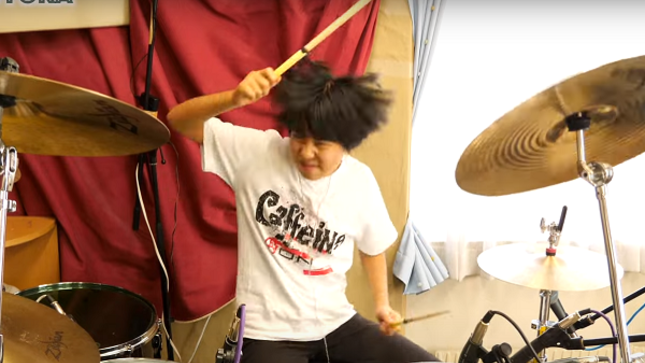 Yoyoka: "John Bonham is a very important drummer in my life and with lots of love and respect, I played a Led Zeppelin masterpiece. And it's been almost 50 years since Led Zeppelin IV was released. I've always loved this song!"

Yoyoka recently uploaded her cover of the Deep Purple classic "Burn". Many fans wrote to Ian Paice suggesting he check out the clip, which he did, and his reaction is below.

Watch to the end, as the last four minutes feature Paice offering his thoughts on Yoyoka's skills, saying "You see something like that and it makes you smile. It just makes you happy. It's what it's all about. There's a young persom there, she found something that she loves, and she's going for it 100%."