JAY JAY FRENCH On Chance Of TWISTED SISTER Reunion - "We Used To Say It Would Never Happen... I Will No Longer Say That"; Video 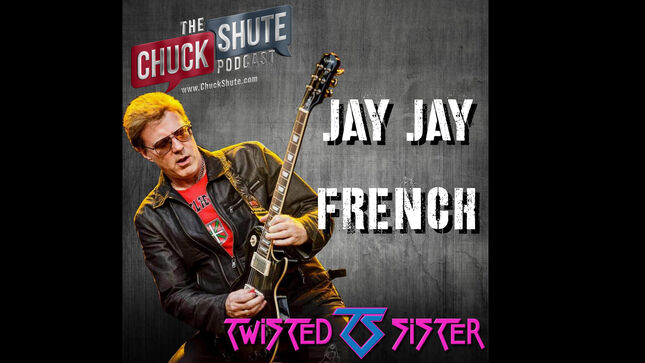 Guesting on The Chuck Shute Podcast, Jay Jay French - guitarist of Twisted Sister and manager of Sevendust - discusses his upcoming book, auditioning for Gene Simmons & Paul Stanley, advice from the founder of Atlantic Records, his thoughts on censorship, and more.

On a Twister Sister reunion, French states: "We used to say it would never happen. I will no longer say that. We came back in 2003 for basically a two year reunion, which lasted 14 years. And it lasted longer than the original band lasted with AJ. It was an incredible ride. And when we walked offstage, I personally just said, 'that's it for me.' But who knows?"

On managing Sevendust: "Sevendust is another long term project. When I fell into them through Dennis Berarti, who was the owner of Kramer guitars - he turned me on to somebody, I don't know who it was, but somehow we found a band in Atlanta called Redd Threat. And they were an AC/DC kind of band. So we went to a production deal. And that fell apart and then they morphed into another band called Cupid's Arrow. And then a couple member changes and that fell apart and they morphed into another band called Snake Nation. And then they lost a couple of other members that fell apart. And then at one point around, let's say it started in 1988 with Redd Threat. So at some point around 1992 I was in Atlanta, and I saw Snake Nation, and a band opened for Snake Nation called Body & Soul with a black lead singer (Lajon Witherspoon). And I remember at that point, all the guys in Red Threat that were in the original band that I signed a production deal, they were all gone now they've been replaced like Twisted- multiple changes. And I said to the drummer Morgan Rose, I said, if you ever get that lead singer guy, and you've ever worked with him, let me know. And so in 1995 Morgan called me and said, we got that guy. And my wife said you got a job as a stereo salesman. You had your shot in the music industry. It's over. Don't do it."

On September 21, RosettaBooks will publish Twisted Business: Lessons From My Life In Rock 'N' Roll. The 240 page hardcover is authored by Twisted Sister guitarist Jay Jay French, and founder and CEO of The Extreme Leadership Institute, Steve Farber. The official description reads:

In addition to founding Twisted Sister, a world-famous heavy metal band that has sold more than 20 million records worldwide, Jay Jay French is one of the top entrepreneurs in entertainment. After taking over as manager in the ‘70s, French developed Twisted Sister into the most heavily licensed heavy metal band in history, leading the group to perform more than 9,000 shows in 40 countries.

Part business book, part memoir, Twisted Business is an unexpected, inspiring, whirlwind story of transformation and redemption. Twisted Business follows French’s adventure-filled life—from growing up in New York City in the '60s, to working as a drug dealer and struggling as an addict before quitting cold-turkey, and finally, to creating and cultivating Twisted Sister and turning it into one of the most successful brands in the world.

Together with his mentor, Steve Farber, a best-selling author and one of the world’s top leadership and management experts, French offers unique, hard-earned tips and advice from his nearly 50 years as a musician, music business manager, and entrepreneur. French shows how, through tenacity, grit, and dedication, anyone can create their own brand, grow a successful business, re-invent themselves, or simply find success in what they love to do. Entertaining, provocative, funny, and informative, this book is the trip of a lifetime and a treasured guide for entrepreneurs, business people, and music fans alike. 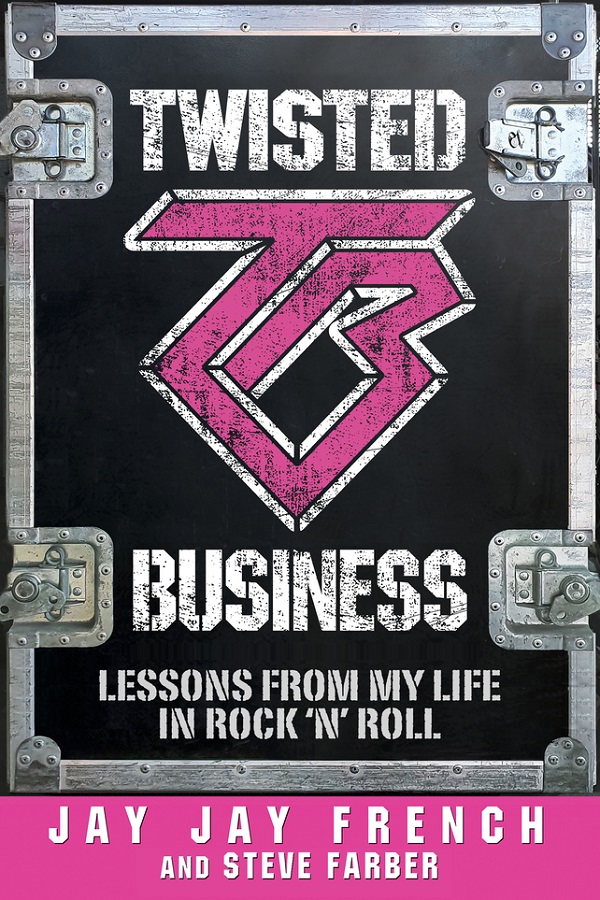