JIMI HENDRIX Penis Cast To Be Unveiled In Iceland Museum 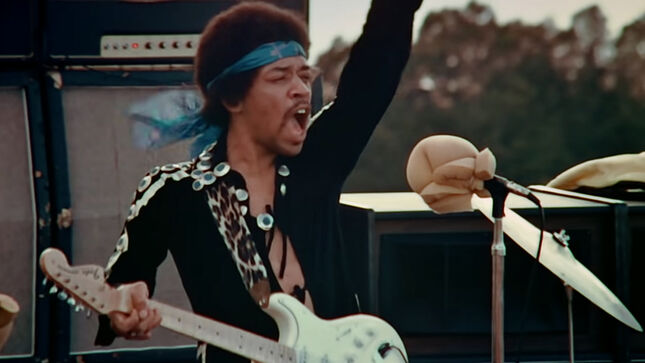 The American artist Cynthia Albritton, who recently died, was known for making casts of rockstar genitalia, the most famous of which is probably Jimi Hendrix. Cynthiaʹs phallological contribution to popular culture is undisputed and her work has inspired a number of musicians and other artists around the world.

It is thus with mixed feelings of sadness and pride, that The Icelandic Phallological Museum announces that prior to her death, Cynthia ʹPlaster Casterʹ, decided to donate to the museum with one of a few cast replicas of Mr. Hendrix. Future guests of the museum will thus be able to engage with a legendary ʺmemberʺ of rock ‘n’ roll history.

The cast will be unveiled during a closed event which will take place at The Phallological Museum’s premises in downtown Reykjavik early June.

Knucklebonz has announced that the limited edition Jimi Hendrix Rock Iconz statue is in stock now and shipping. 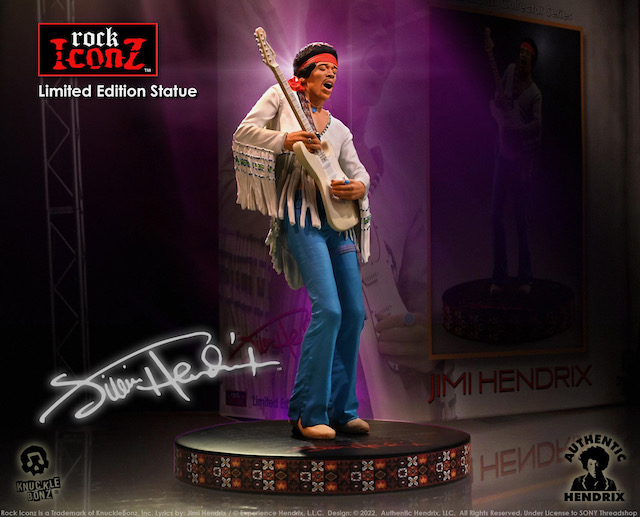 All Rock Iconz statues are hand-crafted. This is a fine-arts process where each statue is hand-cast, painted and numbered. The Jimi Hendrix Rock Iconz statue is officially licensed. There are only 3,000 created and sold worldwide. These statues are created in 1/9 scale, making the average height of each approximately 8.5” tall and each statue comes with a certificate of authenticity on the base of the statue.