JOE WALSH, MATT SORUM, BLAKE SHELTON Team Up To Cover TOM PETTY’s “I Won’t Back Down” For Charity 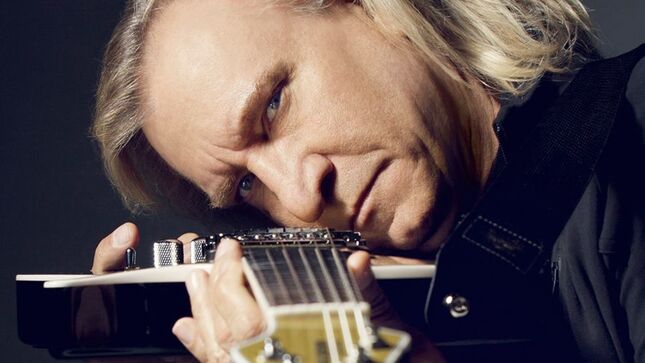 Matt Sorum’s (Guns N’ Roses, Velvet Revolver) music and arts platform GoodNoise.io has premiered an all-star cover version of the Tom Petty classic “I Won’t Back Down” with country superstar Blake Shelton on vocals, Joe Walsh on guitars, Timothy B. Schmit (Eagles) on bass with Sorum on drums. Listen to the charity single at goodnoise.io.

The recording spotlights the work of Miraculous Love Kids, a nonprofit music school that has protected and educated hundreds of young Afghan women who have faced violence and discrimination. After the Taliban regained control of Afghanistan in 2021, members of this group left their homeland, undertaking journeys to find safety in neighboring Pakistan. Proceeds from the song’s release will help the school in its goal of educating and empowering your people living in conflict zones and in poverty-stricken areas around the world.

“In ‘I Won’t Back Down,’ Tom Petty so powerfully wrote, ‘You can stand me up at the gates of hell, but I won’t back down.’ The girls and I are honored to have Blake, Joe, Timothy and Matt join us in spreading this message far and wide,” said Miraculous Love Kids founder Lanny Cordola via a statement.