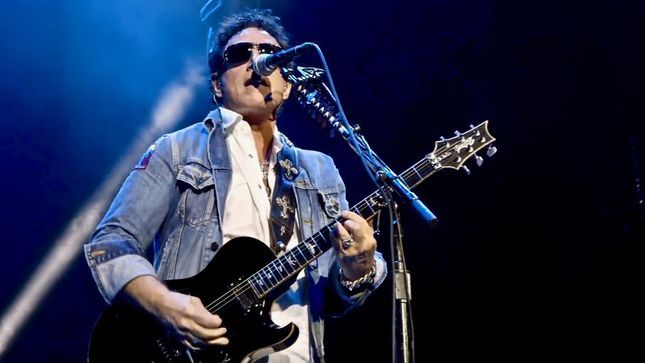 Had to go into ER last night very inflamed-infected Gallbladder taken out and honestly couldn’t feel better ? Just need a few days. I’ve apparently had this for the last 3 1/2 years and didn’t know it! I thought it was parasites. I’m feeling better then ever. CU soon Friends! pic.twitter.com/nOubt6WpZU


I’d like to thank Dr Minnis for doing such an amazing job and All Marin General Hospital for Being incredibly Kind Ros- Keith & My beautiful Wife Michaele for alway continually being by my side and showing me what love really is 🌹❤️🌹❤️ xxooxxo https://t.co/YjQSYUwRW8


Schon has since returned to Twitter to thank his fans for their support.

Want to thank you all for your very kind wishes. This means everything to me .. your friend ship is what motivates me to continue to create for you all. Can’t wait to hit the stage for NSJTT. I should be good to go but if I have to sit it will. Love you all 🙏🏽 blessings NS xo pic.twitter.com/tkhO096vZU

Journey Through Time will hit the road in February 2019 for the first time, celebrating Journey's legendary catalog and rich history. Returning to their roots, the band will showcase songs from the very beginning - plus pay tribute to your favourite classic hits.

Neal Schon, Steve Perry and Journey Through Time https://t.co/fYnu5wBrOF via @YouTube here’s an Open invitation to Steve Perry to come out on ether the 22nd or 23rd would love to see you Steve 🎶 pic.twitter.com/RNDmXZmELU

Journey’s worldwide sales have reached over 100 million records, making them one of the world’s best-selling bands of all time. Chart-topping hits such as “Don’t Stop Believin­’, “Lights,” and “When You Love A Woman” are regarded as some of the defining notes of the rock & rock musical canon. With a very broad selection of great material spanning from 1973 to now, Schon has promised to dig deep into it all.