JOURNEY To Release First Single From New Album "After The First Of The Year," Says NEAL SCHON 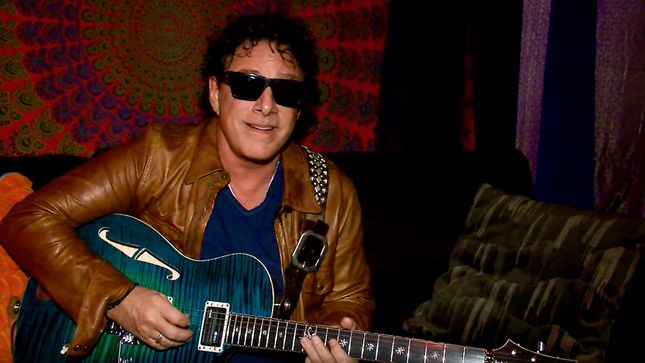 While chatting up his new solo album, Universe, in an interview with FOX17 Rock & Review, Journey founder/guitarist, Neal Schon, lays out plans for new Journey music and touring in 2021.

Says Schon: "Oh, you're gonna be seeing a lot of music. We've got, just to tease - not a tease but it's a fact - we have, like, six rockers already done. Arnel's finishing singing touches on two of 'em right now. And the others are done, and we'll be releasing a single probably after the first of the year... the first single. And then we're gonna come with a second single, and then a third single, and then, before the tour starts, a whole new album."