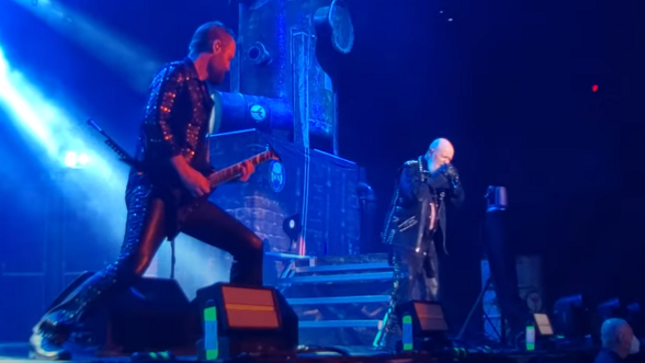 The band's setlist was as follows:

Halford: "We all had a list. I threw that out, and Glenn (Tipton / guitar) went, 'I don't think that's gonna work.' I said, 'I don't think it's gonna work either, but wouldn't it be so cool if we did it, because there is the title track of the first album this band ever made?' And so when we got up into rehearsals and we jammed it, and then Richie (Faulkner / guitar) put a bit of a twist on it; double tempo, and made this little bit of an arrangement adjustment. I thought 'This is definitely gonna work.' So when I did make a little tiny of a blab before we played that song at Bloodstock and then he came in, it just felt euphoric. We'd never, ever, ever in the history of the band played it live and yet here was... that was when your foot connected with the heavy metal football and the game was on, so I really loved that.