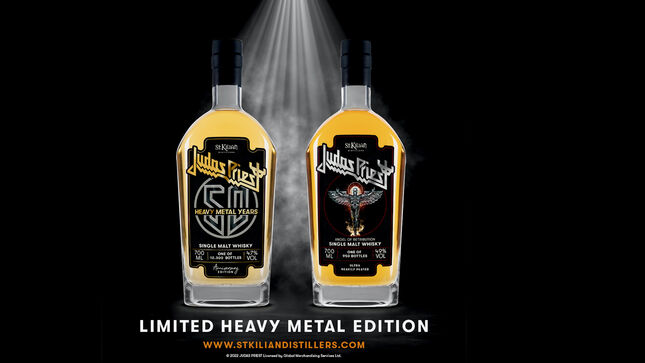 One of the biggest bands in heavy metal, Judas Priest, is celebrating its 50th anniversary. Few metal bands have built such a lasting name for themselves in the scene as the Brits. They were the first to exclusively wear leather and studs, creating a look that was embraced by metal fans around the world. Accompanied by numerous awards, Judas Priest's success continued steadily since the 1970s. In 2018, they reached an absolute peak in their metal career with their legendary album, Firepower.

Postponed by the ongoing Covid-19 pandemic, Judas Priest is celebrating their 50th anniversary in 2022 and is delighting fans all over the world with a sensational concert tour. Reason enough for St. Kilian Distillers to dedicate another heavy metal edition with two exceptional bottlings to the legendary band from Birmingham.

The "50 Heavy Metal Years" Anniversary Edition, limited to 12,300 bottles, got its unique character from barley malt that was gently smoked over beechwood fires. The four-year- old, smoky single malt was largely matured in ex-bourbon casks and was married with whiskies from ex-rye and ex-brandy Jerez casks, which contribute a creamy fruit sweetness to the wood smoke. 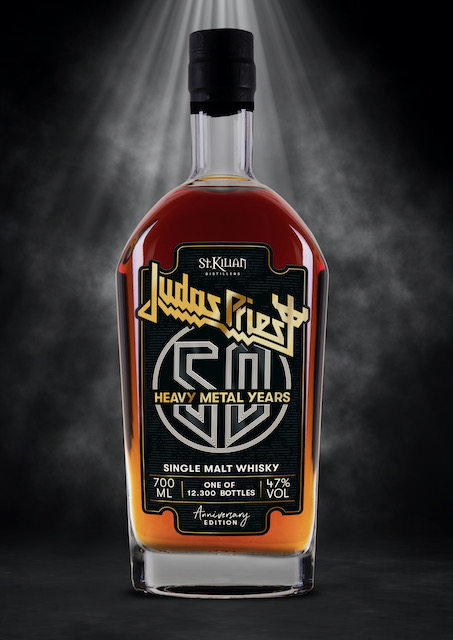 For the strictly limited "Angel of Retribution" edition, on the other hand, ultra heavily peated barley malt with 91 "parts per million" (ppm) was used, which comes directly from the Scottish Highlands and embodies heavy metal in its purest form. A total of 950 bottles were filled of this four-year-old single malt, which received a unique full maturation in French 300-litre ex-Pineau des Charentes casks and offers a true taste explosion of peat smoke, fruit and spice. 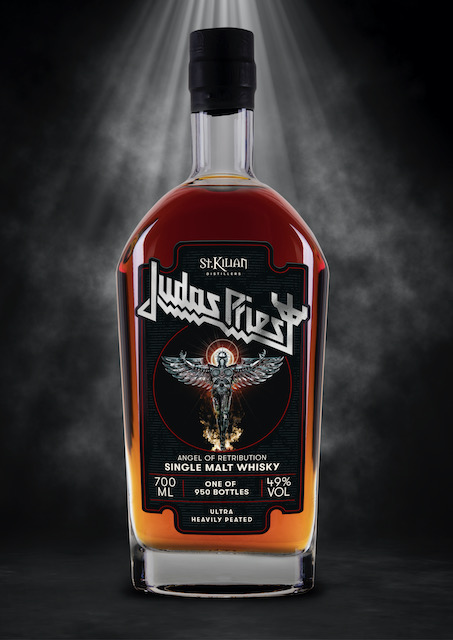 These two special Judas Priest Heavy Metal Editions will be available from September 25, 2022.

Andreas Thümmler has been a fan of the British heavy metal band since his youth. "Songs like Turbo Lover, Metal Gods and Breaking the Law remain unforgettable for me even after 50 years. Therefore, it was immediately clear that there had to be a St. Kilian Heavy Metal Edition to celebrate Judas Priest's 50th anniversary," says the founder and owner of St. Kilian Distillers.

Thümmler didn't hesitate for a minute when Global Merchandising Services Limited, one of the world's largest exploiters of merchandising rights in the music and entertainment industry, approached St. Kilian Distillers about licensing Judas Priest whisky. After the great success of the first St. Kilian Heavy Metal Edition, Grave Digger, metal fans and whisky enthusiasts alike will once again get their money's worth.