JUDAS PRIEST’s ROB HALFORD On Reuniting With K.K. Downing - “I’m Not Going To Answer That Question, It’s Like A Little Stick Of Dynamite” 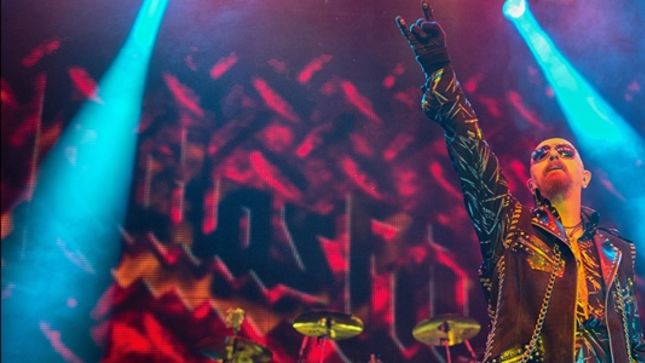 Legendary Judas Priest singer Rob Halford spoke with “Metal” Tim from BraveWords about his holiday album Celestial and many other topics including new Priest music, their Rock N’ Roll Hall Of Fame nomination, the status of former guitarist K.K. Downing, Glenn Tipton’s current health and the possibilities of more solo work and even resurrecting Fight. When asked if he is willing to stretch out and do another Christmas record, why don’t we hear Resurrection Part 2?

"You know, anything’s on the table for me,” Halford reveals. “Bands are like a kaleidoscope as far as where you go or what you do, when you might get back together again, I don’t know. I’ve been noodling some ideas again for some more Fight music.”

"Oh my God, yeah,” he recalls. “And those two albums, particularly War Of Words, it’s still quite a potent record that record. My curiosity as a musician has never diminished, you know. I always feel there is something more to try and do. The clock’s ticking - I’m older but there’s still plenty of time to get things done or looked at.”

BraveWords: We must talk about the Rock N’ Roll Hall Of Fame because they continue to play catch-up with many heavy bands that have been eligible for years. What’s your feeling on that?

Halford: "I’m thrilled to see the list this year, because as is usually the case it’s full of very very important, vital musicians. Sadly the list has some people on it who are no longer with us but that’s the importance and relevance of the Rock N’ Roll Hall Of Fame - to bring really strong focus to incredibly talented people who have left indelible music within the great umbrella of rock n’ roll. It’s an honour to be nominated a second time. Personally, I want to see Motörhead get in, I want to see Soundgarden get in, I want to see Priest get in. I have some of my friends on there and they are so deserving. Fingers crossed we get in for 2020 because it’s the 50th anniversary of Priest so if we got in then that would be a dream come true.”

BraveWords: And if Priest enters the Rock N’ Roll Hall Of Fame, do you think K.K. will be in attendance?

Halford: "I’m not going to answer that question, Tim. It’s like a little stick of dynamite.”

Watch for BraveWords’ full feature with the Metal God next week!