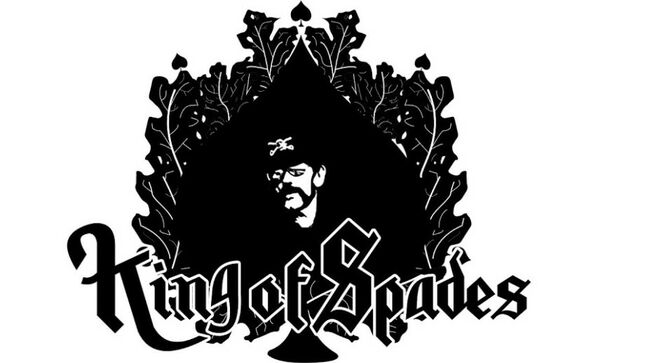 For the first time in history, Iranian and Scandinavian metalheads have joined forces to pay a tribute to the unique rock and metal legend, Lemmy and with BraveWords at the helm to premiere this tribute to the Motörhead legend. Jupiterium has released “King Of Spades”, a tribute song to Ian Fraser Kilmister, Lemmy; featuring amazing artists as special guests, Marko Hietala (Nightwish, Tarot), Johan Koleberg (ex-Hammerfall, ex-Therion, Wolf), Niclas Etelävuori (ex-Amorphis, Flat Earth) via a lyric video:

The song was mixed and mastered by Jupiterium’s Ehsan Imani and artwork and lyric video was done by Mohsen “Stargazer” Fayazi at Stargazer MultiMedia.

“I think we can call 2020 many names, but one can be the year of division, even in the metal music community, people are getting divided over their political opinions and this virus makes it even worse,” stated Jupiterium’s Mohsen “Stargazer” Fayazi. “I believe in situations like this,  Lemmy, an icon over anyone or anything, could bring us all back together and remind us that we, metal brothers and sisters are more alike than different! That’s what we tried to do in this tribute project but still no one is like him! We miss you very much Lemmy! Gone but not forgotten!”

Commented Marko Hietala: "If there ever was a relentless figure of rebellion, metal and rock, that person was Lemmy Kilmister. He deserves a song and then maybe 1,000. I was approached to do this guest appearance by Niclas. When I heard about the project and where the guys are doing their metal, I got onboard immediately. I’m a rebel too! Rock on guys!"

2020 is the 40th anniversary of Motörhead’s iconic song, “Ace Of Spades” which was released on October 27, 1980 and stormed British music charts for weeks. This year is also the fifth anniversary of Lemmy’s death, who died on December 28, 2015.