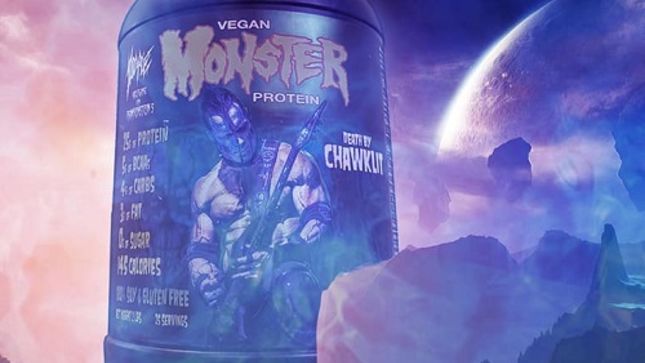 "From the stygian depths of Hell comes mah big bro Doyle’s Kill Protein Drink made for The Beast in all of us," says former Alice Cooper guitarist, Kane Roberts.

"Seriously, I’ve been training a long time (fuck, a REALLY long time) so I know when a protein drink gets me the results I fight hard to achieve. Straight up - this protein drink is the bomb! Now available the most hardcore Vegan Protein on the planet! 25 Grams of Protein, 0 Grams of Sugar. Brought to you by Vegan metal guitarist Doyle Wolfgang Von Frankenstein in partnership with the guys over at CM Supplements comes Vegan Monster Protein. Available in delicious Death by Chawklit flavor now!"

Order yours now at VeganMonsterProtein.com now. Worldwide shipping is available.

Doyle is best known for being an ex-member of the legendary American punk rock band, the Misfits. He is now the lead guitarist for the band Doyle and has been vegan since 2013. Doyle is passionate about the vegan life style as well as maintaining optimal health and helping others achieve the same goal.