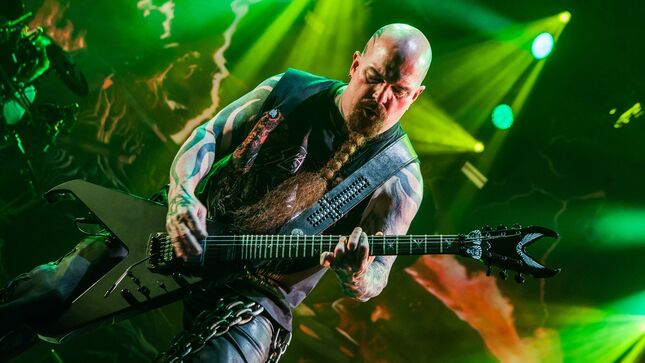 Guitarist Kerry King has revealed that he thinks Slayer, who played their final show in November 2019 in Los Angeles, called it a day too early.

King took part in a recent video compilation offering congratulations to Machine Head on their 30th anniversary. In the video (see below) he says: "So, I hear congratulations are in order for my friends in Machine Head. Apparently, it's 30 years, which is quite an achievement. Not a lot of bands get there. We did, and then we quit too early. Fuck us. I know, fuck me. I hate fucking not playing. But, besides the point, this is Machine Head's celebration, and I gotta say, I'm not sure Robb (Flynn) knows this, I think Robb knows this, but if you don't here you go, the only band I ever demanded to open for Slayer was Machine Head. 1994, Burn My Eyes. Greatest thing I ever did. Cheers to my friends, you guys deserve it. Have a good one."