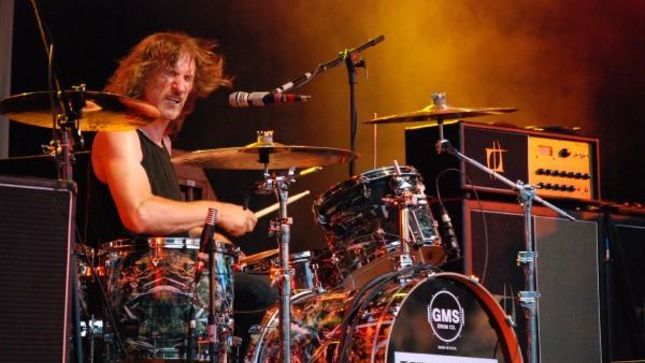 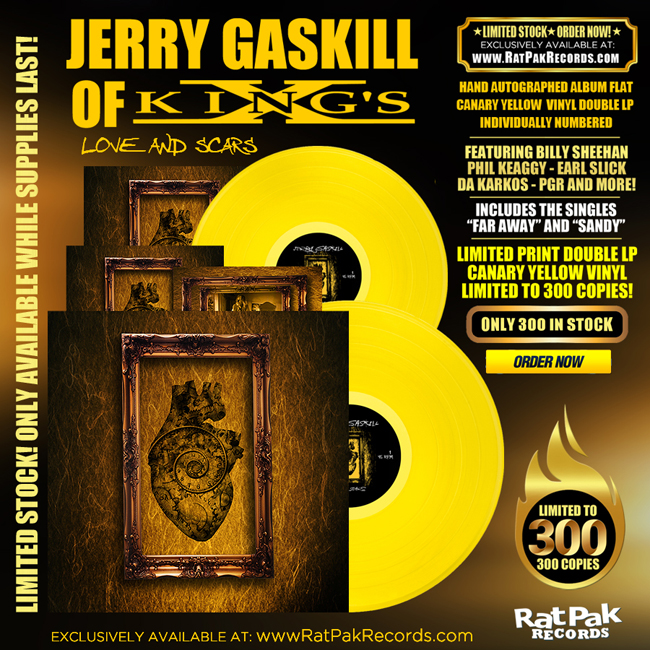 The vinyl are hand numbered and each include a hand autographed 12 x 12 album flat.

Love And Scars is the sophomore release from legendary King’s X drummer Jerry Gaskill and a press release says it’s “by far his best work to date!” Featuring Billy Sheehan, Phil Keaggy, Earl Slick, DA Karkos, Andee Blacksugar and a host of other notable musicians, Love And Scars marks the completion of a long musical journey that started almost a decade ago.  Enduring a series of personal tragedies along the way, including two heart attacks, and losing all his possessions in Hurricane Sandy, Jerry remained steadfast and true in his belief that music heals all. “It’s been a long time coming and I’ve had some heavy obstacles to deal with, but the record is finally ready and I couldn’t be more proud of what we’ve accomplished!” says Jerry.

Love And Scars also spotlights Jerry’s vocal and songwriting talents as he passionately pours his heart out into each and every song, putting to music all of his triumphs and tragedies of the last decade. The lyrical content of this album is simply about everyday life the way I see it and I hope that people will be able to relate to it on some kind of personal level”, says Jerry.  It quickly becomes evident within the first few seconds of this album that Jerry is highly influenced by his own band King’s X, as well as some of his earlier influences like The Beatles, Led Zeppelin, Bob Dylan and Grand Funk Railroad. “Drummers don’t always get the opportunity to showcase their full songwriting capabilities, but Jerry raises the bar and delivers a very solid offering with Love And Scars”, says Rat Pak Records owner Joe O’Brien.