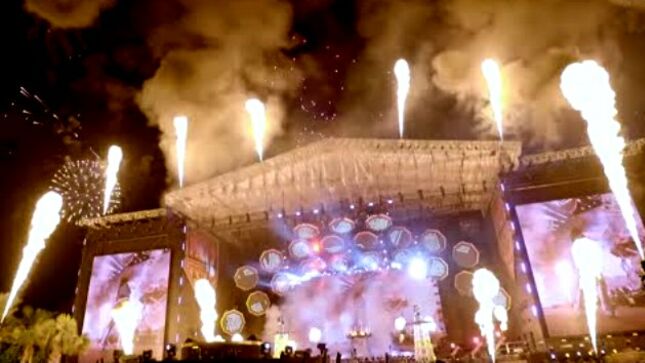 Prior to their closing performance of "Rock And Roll All Nite" at their 2020 New Year's Eve show in Dubai. KISS was informed by a representative for Guinnesss World Records that they broke the records for most flame projections launched simultaneously in a music concert and the highest flame projection in a music concert during the show. The number of pyro projections was 73, beating out the old record of 66. The new record height is now 35 meters.

Check out the footage below.