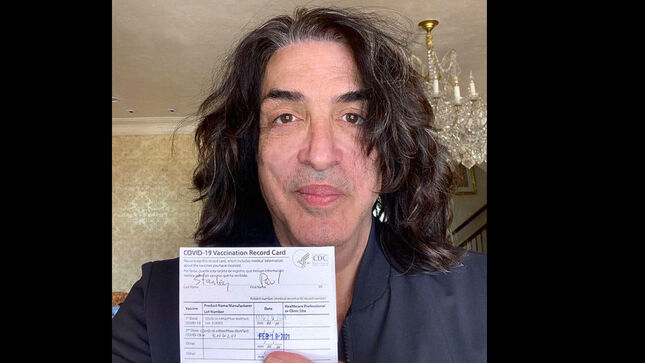 KISS singer/guitarist Paul Stanley took to social media to share the news that he's received his second dose of the COVID-19 vaccine.

Says Paul: "I got my SECOND COVID SHOT this morning! So grateful and THRILLED. PLEASE, let's ALL stay safe as possible and continue to watch out for each other."

Paul Stanley’s Soul Station will release their new album, Now And Then, on March 19 via UMe. The album is available for pre-order here.

A collection of nine classic soul covers and five original tracks, Now And Then will feature the band’s acclaimed version of Five Stairsteps’ “O-O-H Child” as well as their take on The Spinners, “Could It Be I’m Falling In Love”.