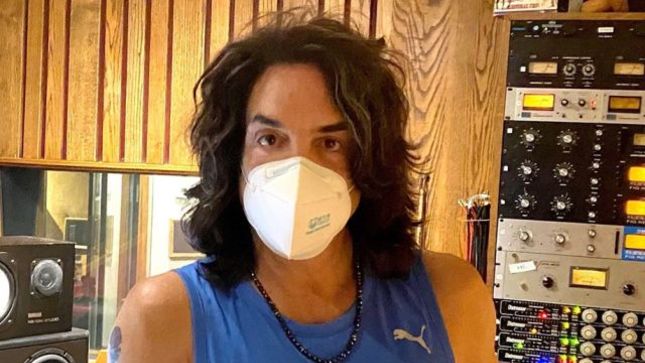 KISS vocalist / guitarist Paul Stanley and Landmarks Live creator Dan Catullo sat down with Kyle Meredith to discuss the band’s upcoming New Year’s Eve show, which is said to be the legendary group’s biggest show ever, complete with world breaking records that include a million dollars worth of pyro. Catullo talks about safely producing a show of this magnitude during a pandemic and doing it live from Dubi to a virtual audience around the world, while Stanley details the importance of bringing people together and how he makes a show that people will watch online compelling for them at home. The Starchild also discusses his unstoppable positive outlook, an update on the debut record from his side band Soul Station, impressing Rod Stewart with new music, and the eventual continuation of the End Of The Road Tour. An excerpt has been transcribed as follows:

Stanley: "The (Soul Station) album is done. We just shot a bunch of videos, COVID safe and under supervision. Some people don't know, and I can understand it: before I ever saw Led Zeppelin or any of the great British bands, I was lucky as a kid — I saw Otis Redding; I saw Solomon Burke; I saw The Temptations. That's really the foundation of what I do. It's a strange brew, but it's what created what I do to this day. And to be able to go back now and have a band of 15 amazing musicians who, we're like family. Everybody has played with everyone from Smokey Robinson to Stevie Wonder to Natalie Cole to Whitney Houston, and on and on. And to be able to embrace and recreate music that somehow has been relegated to a loop in a rap song is really, really something special for us. To be able to do Motown, Philly soul, to do songs by The Spinners, The O'Jays, Temptations, Smokey, and to do them faithfully, and to do them with the spirit that was, I think, intended is awesome. And then to write new songs that seamlessly bridge that gap to today and into the future, I'm blessed."

"I originally did it because I love that music," he continued. "And to have three violin players, three horn players, three stellar singers with me, two keyboard players, percussion, drums, and to create this beautiful symphony of music that Ken Gamble and Leon Huff wrote and arranged for Thom Bell, or Holland-Dozier-Holland, or Norman Whitfield. The list just goes on. And for me, to hear those songs and go, 'Woah! I'm singing it,' it's pretty heavy stuff."