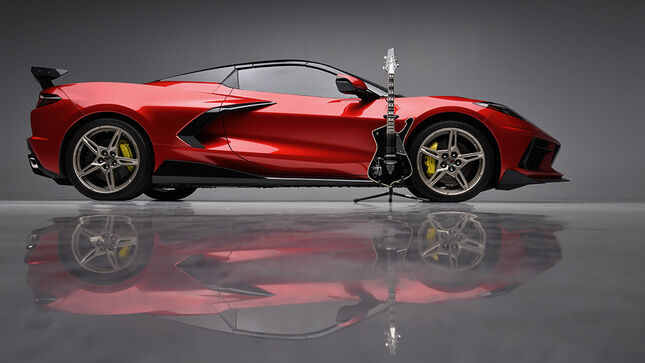 KISS frontman Paul Stanley's 2022 Corvette convertible is heading to auction. Barrett-Jackson will offer the factory-customized C8 Corvette with No Reserve at the 2022 Las Vegas Auction, held June 30 to July 2 in the West Hall of the Las Vegas Convention Center. 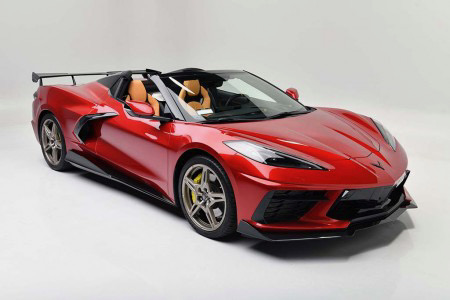 Stanley became acquainted with Chevrolet’s top executives at the launch of the C7 Corvette in 2013 and was later asked by Mark Reuss, the president of Chevrolet, if he would like to take part in designing a 2015 Stingray model for the 2014 SEMA Show. He agreed and worked with the design team to develop a color inspired by a supercar he had seen, which is incredibly close to the Long Beach Red paint option Chevrolet began offering in 2016.

Following the project, Stanley said he was very excited that Chevrolet would be raising the bar in terms of design and technology regarding the C8.

When Chevrolet announced the 2022 Corvette convertible, Stanley reached out to reserve a car. “I spoke with Mark, and Harlan Charles [Corvette Product Marketing Manager], and put together a combination that played on the C8’s touring and sports car aspects.”

As a result, the C8 - powered by a 6.2-liter V8 paired to an 8-speed automatic transmission — was adorned with the striking Metallic Red Tint Coat exterior paint color, also known as Red Mist Metallic Tint Coat and the successor to Long Beach Red he helped create. The accompanying Saddle interior and pewter wheels work together to give the car a warmer and richer feel than the other colors normally seen on American cars.

“I would rather draw attention from being understated than overstated; that’s just my preference,” Stanley said. 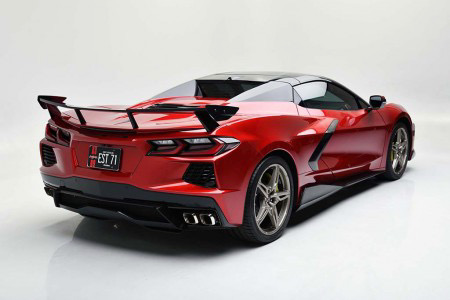 Chevrolet surprised Stanley by giving him VIN 001, the first Corvette produced for the 2022 model year. “It’s an amazing car, and having it be VIN 001 is a collector’s dream,” Stanley said.