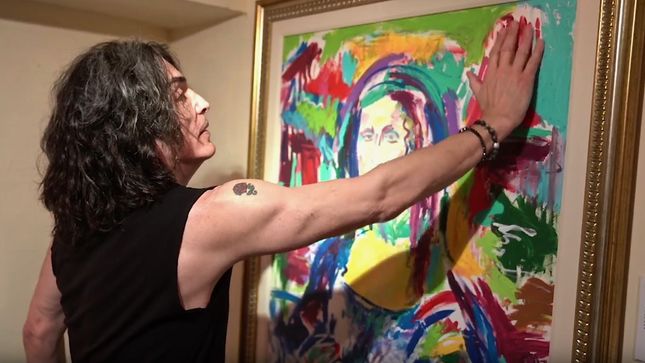 According to USA Today, KISS frontman Paul Stanley will be appearing with an exhibition of his visual art at Wentworth Gallery at the Hard Rock Hotel And Casino in Atlantic City this fall.

“To revitalize and see Atlantic City come back to what it once was, what it should be, it’s great to be a part of it,” Stanley said. “I think that the Hard Rock is awesome, and I think that Wentworth really reflects a lot of contemporary art without the snobbery that you sometimes find. Galleries can be very forbidding or intimidating for people, and I think that that doesn’t serve the public well because people shouldn’t need to validate their opinion by having it told to them by a critic or a so-called expert. I think that art, music, theater, all of those are very personal, and you don’t need anything except an opinion. You either like something or you don’t. So I’m a big champion of open doors and letting people experience things without being intimidated.”

Stanley will be in Atlantic City on Saturday, October 13th, wrapping up an East Coast art tour that will also bring him to Wentworth Galleries at Westfield Montgomery Mall in Bethesda, Maryland, on September 14th; Tysons Galleria in McLean, Virginia, on September 15th; and the Court at King of Prussia, Pennsylvania, on October 12th.