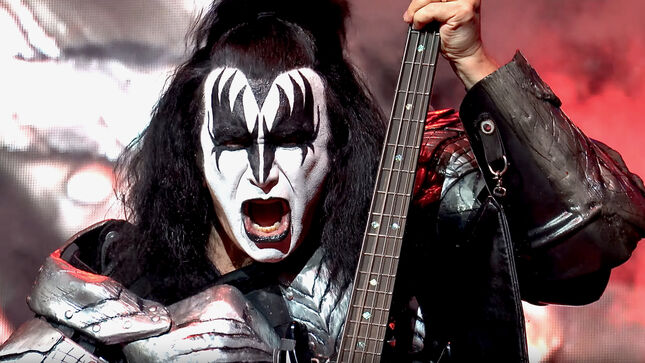 Gene Simmons will give fans a glimpse at his never-before-seen artwork as the KISS bassist has announced his first-ever art gallery exhibit in Las Vegas this October, reports Rolling Stone.

“Moving to the United States from Israel as a young boy, I didn’t speak English. I fell in love with comics and American television, and they not only helped me learn the language but inspired creativity and a passion for drawing and painting,” Simmons said in a statement. “I started doodling and drawing when I was eight years of age and as a teenager, I had hundreds of illustrations [under the name Gene Klein] published in fanzines created by and for sci-fi and comic book enthusiasts.”

Simmons added, “With the KISS End Of The Road Tour taking a pause during the pandemic, I had a chance to pull decades of my art out of storage and it reignited my passion for drawing and painting again.”

“I always knew that Gene had many talents, but I had no idea that he was such an incredible artist,” Animazing Gallery CEO Nicholas Leone said in a statement. “Getting to see samples of his artwork, ranging from his childhood illustrations to his current paintings, was eye-opening. There is so much variety in his works. I asked if he would like to show, and possibly even sell some of his work, he humbly said ‘why not’, and here we are.”